Explained the mysterious disappearance of the Harappan civilization 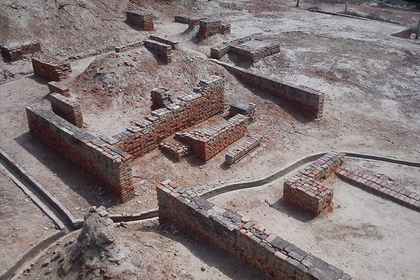 Scientists at the Woods Hole Oceanographic Institute (USA) found out why the decline of the Harappan civilization happened about four thousand years ago when people began to leave large cities en masse. According to researchers, climate change has led to this. This is reported in a press release on Phys.org.

The Harappan (Indian) civilization developed in the Indus River valley in the years 3300-1300 BC and reached its peak in the years 2600-1900 BC. However, by 1800 BC, the people left the Indus flood plain and moved to the foothills of the Himalayas. Historians hypothesized that the cause was the depletion of the region’s water resources.

Researchers analyzed bottom sediments off the coast of Pakistan. They identified fragments of ancient DNA, which can be used to judge the supply of nutrients to seawater, and correlated them with the summer and winter seasons. During the winter monsoons that blow from the land, organic debris rises from the depths of the ocean to the surface, as a result of which plant and animal organisms actively reproduce. In summer, the winds are very weak.

According to scientists, from 2500 BC, there was a decrease in precipitation during the summer monsoons blowing from the ocean. Winter monsoons, on the contrary, increased. Frequent droughts had a negative impact on agriculture, which turned out to be impossible to maintain near densely populated areas. This forced farmers to move closer to the Himalayas, where there was less water, but there was no strong drought.