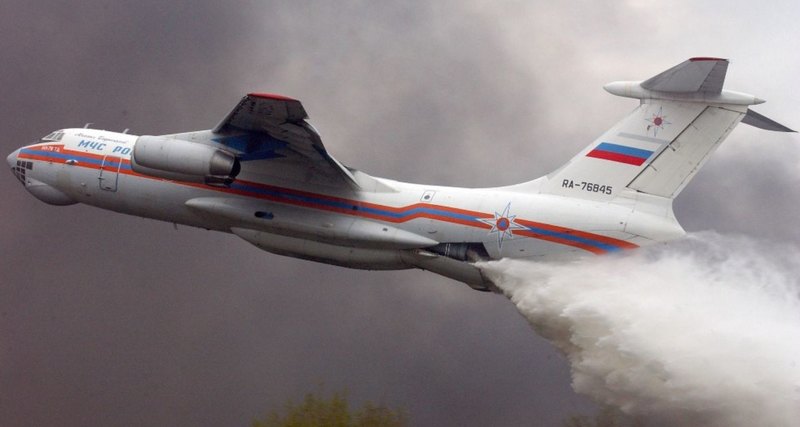 The authors of the study note that now, when extinguishing fires with the help of aviation, up to 90% of the delivered water spills through the flames, not having time to evaporate, and leaves in the soil, without contributing to the flame extinguishing.

Scientists of the Tomsk Polytechnic University have proposed a new approach to extinguishing and localizing forest fires, allowing more efficient use of water. The method is based on the explosive crushing of liquid droplets with inclusions of solid opaque particles. The results of the experiments are published in the international journal International Journal of Thermal Sciences.

“In a small, non-uniform drop on the boundary between a liquid and a solid particle, a practically instantaneous vaporization occurs during high-temperature heating, which provokes a small explosion. Thousands of small droplets form, the surface area of ​​evaporation increases, which means that more thermal energy of the flame is converted into steam. The fire extinguishing time and volume of used water are reduced, “explains one of the authors of the study, physicist Maxim Piskunov.

On extinguishing large forest fires, aviation traditionally operates: the aircraft takes water and drops it, which leads to flooding of the territory with a minimal effect of suppressing the combustion in general. The falling stream consists of large droplets that do not have time to convert the heat energy of the flame into steam, up to 90% of the delivered water goes to the soil, and the fire-fighting effect of the discarded volume, as a rule, does not justify the costs of transporting it to the emergency sites. You can improve the result by feeding water in the form of drops: the evaporation surface will increase, this will accelerate the vaporization. However, small droplets are carried away by a stream of heated air, so that they simply do not reach the fires.

“It is necessary that a sufficiently large drop, hitting the flame, be crushed to a certain size and evaporate. This can be achieved through the explosive fragmentation of a fluid that envelops a solid particle in a drop, “the scientist added.

During the experiments, scientists added to the drops particles of graphite with a size of 1 to 3 mm, which occupied 50-70% of the volume of the drop. When high-temperature heating (from 500 to 900 degrees Celsius, which corresponds to typical combustion sites), the mineral warms up faster because of its thermophysical and optical properties. Therefore, at the boundary between the particle and water, steam is formed. In this case, the surface area of ​​the water increases by 3-15 times, and hence the evaporation surface also increases. According to scientists, this will reduce the fire-fighting time and the required volume of fluid by at least a third compared to the use of water without impurities.

“Now we continue our research, studying how the composition, shape and size of the inclusions affect the droplet behavior. The phenomenon of explosive fragmentation and intense vaporization at the boundary of a particle and a liquid, according to our data, occurs only with graphite of natural origin. But similar natural thermophysical characteristics are possessed by another natural material – limestone. He is also promising, “Piskunov said.

The main task of the study is to find a solution in which the fragmentation of an inhomogeneous droplet will occur in flight for a short period of time – in the region of 1 second. Now the minimum fragmentation time for steady-state fixation in a high-temperature medium is 2-3 seconds, and the droplets that form are micronized evaporate instantly. For comparison, a clean drop of this size (5-15 microliters) will evaporate for more than 10 seconds: in practice during this time it will fly through the flame and leave in the ground.