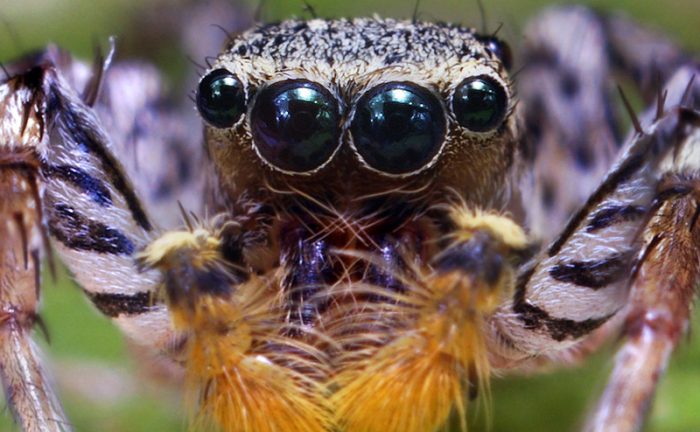 Is it likely that the human-level intelligence and technological civilization will develop on other worlds? If so, what types of sensory and cognitive systems can be the aliens? Such was the theme of the seminar “Intelligence SETI: the Cognition and communication of extraterrestrial intelligence”, held in Puerto Rico on may 18, 2016.

The conference was assembled by the newly created METI International, an organization that attempts to communicate with extraterrestrial intelligence and to transmit a message. One of the Central tasks of the organization is to create an interdisciplinary community of scholars engaged in issues of designing interstellar messages that can be understood by heavenly minds.

Currently, the only keys that we have to the nature of extraterrestrial intelligence and perception can be gleaned by carefully studying the evolution of consciousness and perception on the Ground. At the workshop there were nine speakers from the University of the United States and Sweden, specialists in biology, psychology, cognitive Sciences and linguistics.

Doug, Vakoch, psychologist, founder and President of International METI, said that astronomers and physicists are mostly concerned with the technologies necessary to detect extraterrestrial intelligence. But the search and successful communication with aliens also require attention to the evolution and possible nature of extraterrestrial intelligence. “In this seminar, interestingly, writes, Vakoch — that speakers give specific recommendations about how to apply insights from fundamental research in biology and linguistics to construct interstellar messages.” But the first session was dedicated to how potential technological evolution of an alien society, how can it be rare or common event.

We now know that most stars have planets, and for the most part — a solid planet, like Earth or Venus. In this highly abundant class of worlds will certainly be tens of billions of planets with conditions that allow liquid water to exist on the surface. We don’t yet know how likely is the appearance of life on such worlds. But we assume, like many scientists that simple life in the Universe really is. How high is the probability that there will be alien civilizations with which we could communicate and share ideas and which let us know about their presence of a signal in space? This question became Central to the conference.

Solving such questions, scientists are guided by two basic sets of key ideas. The first stems from the study of a giant variety of behaviors, the nervous and sensory systems of animals species that inhabit the Earth; this is called cognitive ecology. The second set of ideas comes from the Central principle of modern biology; the theory of evolution. Evolutionary theory can give a scientific explanation about how and why we come to the existence of various sensory and cognitive systems on Earth, and therefore can guide our expectations on the topic of existence of life elsewhere.

Basics of electrochemical signaling, which makes possible the animals nervous system that has deep evolutionary roots. Even in plants and bacteria is an electrochemical signaling system, similar to that represented in our brains. Dr. Anna Dornhaus, Professor at Arizona state University, is studying how social insects collectively make decisions. She defines cognitive ability as the ability to solve problems with the nervous system, and sometimes social cooperation. The animal is considered to be more “reasonable”, if its ability to solve problems are more generalized. From this point of view intelligence in animals is widespread. Skills that for a long time attributed only to primates (monkeys and humans), was surprisingly common.

For example, cognitive skills like social learning and teaching, deduction, use of tools, recognition of individuals of particular species, and the planning and understanding of spatial relationships has demonstrated many arthropods (the animal group that includes insects, spiders and crustaceans). These data indicate the surprising power of the small insect brain and how little we know about the relationship of brain size and cognitive ability.

Different animals often have different sets of cognitive skills, and if good at one cognitive skill, it will not necessarily mean that the well developed in others. Human beings are special, but not because we have some specific cognitive abilities, which is not enough other animals, but because we have a wide range of cognitive abilities, which are largely exaggerated and highly developed than in other animals.

Although the Earth as a planet has existed for 4.6 billion years, complex animals with hard body parts appeared in the fossil record only 600 million years ago, and complex life only evolved 400 million years ago. Looking at the animal Kingdom in General, one can distinguish three groups of animals that took different evolutionary paths and developed the extremely complex nervous system and behavior. We have already mentioned arthropods, complex behavior which at first glance does not fit their tiny, but powerful brain.

Molluscs, a group of animals that includes slugs and all kinds of shellfish, have also created a group of brainy animals: cephalopods. Cephalopods include octopus, squid and cuttlefish. The octopus has the most complex nervous system of any animal without a backbone. Being a product of a completely different evolutionary path, a sophisticated brain of the octopus is not quite like any other brain, its animal bones.

The third group is vertebrates; animals with the ranges. Among them are fish, amphibians, reptiles, birds and mammals, including humans. Although all vertebrate brains have a family resemblance, complex brains evolved from simple brains many times, moving in different ways of evolution of the vertebrates, so each brain has unique characteristics.

For example, birds have a complicated front part of the brain, and with it the flexible and creative ability to make and use tools, split entities into classes and categories and even a rudimentary understanding of numbers. Mammals took a different path and have a totally different organization of the front part of the brain. Three groups of mammals — elephants, cetaceans (the group of aquatic mammals, including dolphins, porpoises and whales) and the primates — in the process of evolution has got the most complex brains on Earth.

In view of the evidence that a reasonable problem-solving skills of a different sort was worked out many times and moved a completely different evolutionary paths by various groups of animals, one would think that Dornhaus believes that cognitive abilities as humans and civilization are widely distributed in the Universe. But she doesn’t. She believes that people, with their extremely pronounced cognitive abilities and a unique ability to use language to Express complex and new types of information, this is the exception rather of evolution than the rule, and to repeat this would be unlikely. Her argument that extraterrestrial civilizations are unlikely to be common, repeats the argument of the prominent American evolutionary biologist Ernst Mayr.

Currently on Earth, more than 10 million different species of animals (and perhaps trillions of microbial). Only one species has managed to develop a human level of intelligence. From this it follows that the chance of the development of human intelligence is less than one to ten million. Over the past six hundred million years since the appearance of complex life on Earth, there were tens of millions of different species of animals, each of which had existed from one to ten million years. But as far as we know, only one of them, Homo sapiens, reached a technological society. The human race is separated from other great apes about 8 million years ago, but only 50 000 years ago, we saw evidence that distinguish people from other types that may be another sign of the rarity of such an event.

Despite the seeming improbability of a linear development of intelligence of the human level on Earth it actually happened, despite the wide range of evolutionary pedigrees. What does it tell us? Currently, the Earth is the only inhabited planet, on which we at least know something. And because we were born on Earth, our sample may not be impartial. We cannot be fully certain that the presence of human civilization on Earth means the development of such civilizations everywhere.

All we know is that a strange set of events, which has given people, can be so wildly improbable that human civilization is unique on a hundred billion galaxies. But we do not know whether extraterrestrials to be as wildly incredible. Dornhaus admits that neither she nor anyone else knows how unique can be the human intellect, as the evolution of intelligence has been studied rather poorly.

Most evolutionists following in the footsteps Myra and others, considers that human civilization was not the inevitable product of long-term evolutionary trend, but rather a strange sequence of events that led to a number of unique evolutionary turns. What were the events and how they are unique? We don’t know yet.