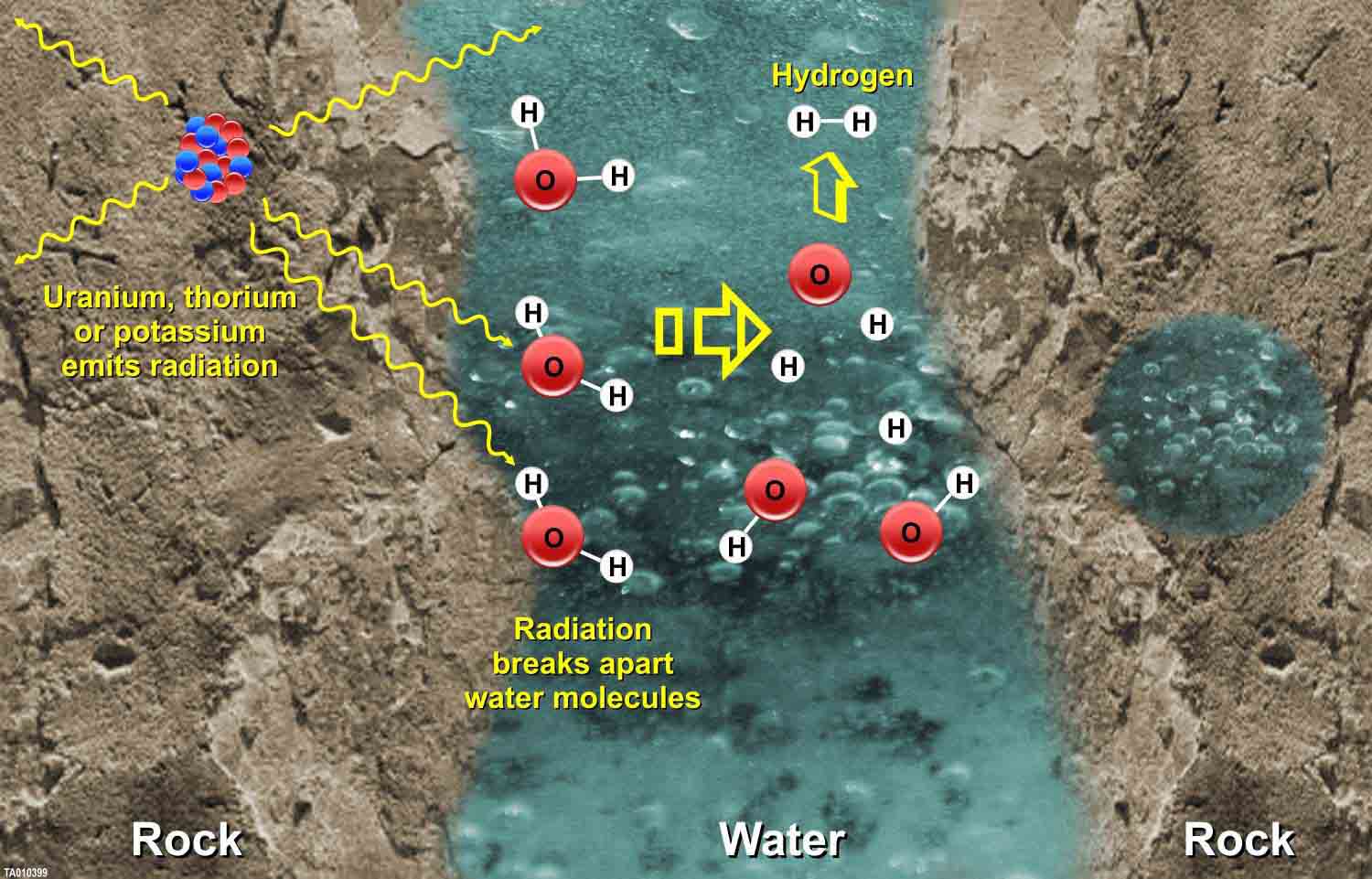 In the ice bodies of our solar system, the radiation emitted by the stony nuclei can cause the molecules to decay and support the vital activity of microorganisms that feed on hydrogen. To investigate this possibility, a team of scientists from the University of Texas at San Antonio and the Southwestern Research Institute, both scientific institutions of the United States, built a model of the natural process of water splitting, called radiolysis. The researchers then applied this model to several known celestial bodies, including Saturn’s moon Enceladus, the satellite of Jupiter Europe, Pluto and his companion Charon, and the dwarf planet Ceres.

“The physical and chemical processes accompanying radiolysis lead to the release of molecular hydrogen (H2), a molecule that is of great interest from the standpoint of astrobiology,” said Alexis Bouquet, the lead author of the new study. Radioactive isotopes of elements such as uranium, potassium and thorium are found in stony meteorites of the chondrites class. The nuclei of cosmic objects studied by Bouquet and his co-authors are presumably of the chondritic type. The waters of the oceans penetrating the porous rocky core can be exposed to the action of ionizing radiation and undergo radiolysis, which leads to the formation of molecular hydrogen and highly reactive oxygen compounds.

One of the most common mechanisms for the formation of molecular hydrogen on planets and satellites of planets that have oceans on their surface (or below the surface) is so-called serpentinization. This chemical reaction between rocks and water occurs, for example, in hydrothermal sources located on the ocean floor.

The key finding of this study is the discovery of the fact that radiolysis is a potentially important additional source of molecular hydrogen. In addition to molecular hydrogen, as a result of radiolysis, oxygen compounds are formed, which, reacting with some minerals, can give sulfates, a source of food for certain types of microorganisms.