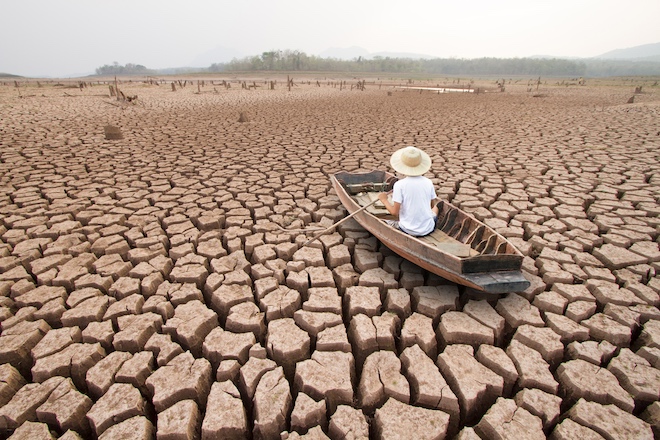 The annual report of the World Meteorological Organization on the state of the global climate states that the Earth is almost 1.8 degrees Fahrenheit (1 degree Celsius) warmer than when the industrial era began. World leaders are trying to limit warming to 2 degrees Celsius.

Emissions from fuel combustion (coal, gasoline and diesel for electricity and transport) contribute to global warming, which in turn leads to more intense storms, floods and droughts.

“We are seeing a growing number of disasters due to climate change,” said WMO Secretary-General Petteri Taalas. According to him, since 1998, about 4.5 billion people worldwide have suffered from extreme weather conditions. The “Go” cyclone, which just struck Mozambique, is a good example, but did not manage to get into the report, Taalas said.

UN Secretary-General Antonio Guterres called on world leaders to get together in September to discuss plans to reduce emissions. “I say to the leaders: do not come with a speech, come with a plan,” said Guterres.

Guterres noted that climate change is a safety and health problem for the whole world. The combination of high temperature and air pollution is becoming more dangerous.

The main theses of the 44-page report

Floods affected 35 million people.
The drought struck 9 million people, exacerbating the problem of growing enough food to feed the world.
The heat of the ocean has reached record levels, and the oceans are becoming more acidic and losing oxygen.
With a few exceptions, glaciers are melting, and ice in the polar oceans is shrinking.
The level of carbon dioxide in the air reached a record high.