“Eyes on the back of the head” – not quite a metaphor 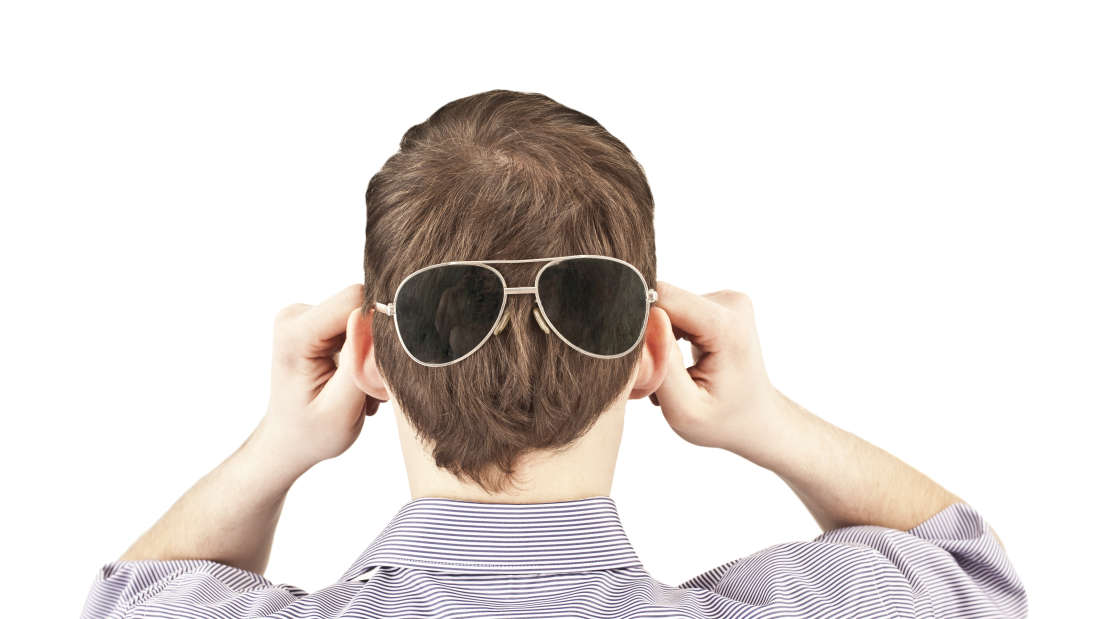 If evolutionary biology does not surprise us, it is unlikely that in the foreseeable future we will have “eyes on the nape” in the literal sense, but recent research has revealed that we are still capable, figuratively speaking, of perceiving the visual world behind us.

The authors of the study, whose results were published by Scientific Reports, do not claim that we can in some way directly see in real time what is happening outside our field of vision. Rather, they distinguish between visual concepts and visual information processing, because the latter helps us unconsciously “learn” about what surrounds us, and thus build a 360-degree picture of what is happening around us at any time.

“In other words, our brain constructs a 360-degree review, although visually we are able to receive information only about the zone that is before us,” the Tohoku University press release said in a press release.

Previous studies have shown that using the visual (and not visual, for example, sound) information, our brain has the ability to build a three-dimensional reconstruction of the surrounding world, even when we can see only a part of it. Sometimes we remember how different areas looked from different angles; in other cases, we use fast, sudden eye movements, known as saccades, when the angle of view changes very quickly, creating an integrated picture of the environment.

As the scientists note at the beginning of their report, this ability to predict or otherwise visualize what is happening around us is incredibly important. In a close and cramped space, it allows us not to knock things over and move more smoothly. Anyone who has ever played video games “from the first person”, or is engaged in paintball, knows that visualization of what the enemy can do behind his back is extremely important for survival.

The scientists tried to understand how great our possibilities of processing visual information, which does not require any conscious efforts from us. To find out, the volunteer participant was placed in a zone surrounded by six screens on all sides. On these screens, letters appeared, one of them being the “target” which he had to identify.

Over time, as letters appeared on different screens, it turned out that the volunteer could more and more quickly find the target object, even if he appeared behind, out of sight.

The variations of this experiment, related to repetitive and unordered letters, etc., seem to demonstrate that this effect is a real and not an accidental manifestation of individual abilities, and it is not based on the conscious recognition of any repetitive pattern. It is an absolutely implicit and automatic property of our brain.

This is reminiscent of the so-called effect of contextual replication, the essence of which is that the multiple perception of visual and other environments seems to quickly improve our ability to find those or other objects.

The report of a group of scientists – who seem to have directly investigated this phenomenon for the first time – provides additional proof of the concept, which was in vain due to the idea of ​​the existence of “eyes on the back of the head”. However, as it always happens, there is still a lot of work to be done before it gets a firmer confirmation.

In addition, it is not yet clear which part of the brain is responsible for this alleged ability, although the authors of the study believe that this is a medial temporal lobe of the brain, which is usually associated with explicit memory but can also play another, more implicit role.