False memories – the memory of parallel lives or malfunctions in the matrix?

Matrix theory has recently become very popular. The essence of it is that the whole of our world is just a simulation, a computer model developed by some advanced “programmers” or even artificial intelligence. And speak about it not journalists of the yellow press or science fiction writers, but quite respectable researchers.

Last September, Bank of America Merrill Lynch (BAML) said in a note to customers: the likelihood that our world is the result of computer modeling is about 20-50%.

In an attempt to substantiate its assessment of the situation, BAML refers to the concept put forward by the famous scientist and entrepreneur, the head of SpaceX corporations and Tesla, Ilon Mask. At the June Code Conference, dedicated to the IT industry, he talked about the directions of the development of artificial intelligence.

So, Musk suggested that in the foreseeable future, people will interact with electronic interfaces through a neurocirculation – a special layer implanted directly into the cortex of the brain.

Neurokruzhevo will allow people to process large amounts of data at a tremendous speed. One of its first prototypes was created in 2015, when American researchers successfully managed to implant such a system in the brain of mice.

But if people have already succeeded in creating a neocryous, why not assume that it was invented even earlier, because, as they say, everything new is a well-forgotten old one?

It is known that some memories, especially traumatic, our brain is able to displace in the subconscious. Recently, a scientific experiment was conducted showing that with the help of certain drugs it is possible to block the production of the PKMzeta protein, responsible for storing memories in so-called long-term memory. The same effect can be achieved using the techniques of suggestion and computer simulation.

The phenomenon of so-called false memories has long been known. So, ex-President of South Africa Nelson Mandela died on December 5, 2013. On the same day in the Internet search engines there were literally millions of requests for whether the information about Mandela’s death was true. It turned out that a huge number of Web users were convinced that the former African leader died in prison as early as the 60s or 70s of the last century!

In fact, the famous anti-apartheid fighter was indeed arrested in 1962 and spent many years behind bars. But in 1990 he was released, and in May 1994 Mandela was elected president of South Africa, becoming the first black leader of the country. He was in power for five whole years. But people in different parts of the globe believed that he had long died in prison. They even thought that they had read and heard about this in the news …

After that, even the term “Mandela effect” appeared, implying the emergence of a large group of people memories that do not correspond to the real state of affairs, and, for example, refer to well-known historical events.

Here is another example. Most people for some reason believe that Adolf Hitler had brown eyes, and despite this he fought for the purity of the Aryan race, and for the true Aryan the eyes should be blue.

Meanwhile, anyone who knew Hitler personally testified that his eyes were blue. There is even a color photograph, which clearly shows the eye color of the Fuhrer – it’s blue!

There are many such myths. For example, there are people who are convinced that Americans landed on the Moon only three times (although it is clearly stated in Wikipedia that there were six disembarkations). Some people believe that former US President Ronald Reagan died shortly after the end of his term in office, whereas in fact he died in 2004 at the age of 93 from pneumonia in the presence of Alzheimer’s disease.

Many do not doubt that Mother Teresa has long been ranked as a saint, although her canonization took place only in September 2016.

There are people who are sure that there are 51 or 52 states in the US (although there are exactly 50 of them).

Examples of the “Mandela effect” is also found in Russia. So, there is a myth that Alaska sold to Americans Catherine II, although in fact this event occurred during the reign of Emperor Alexander II. The majority of Russians on the question who wrote the poem “Prisoner”, beginning with the words: “I’m sitting behind bars in a damp damp …”, confidently answer that it’s Lermontov, whereas its author is Pushkin!

Thousands of Russians, who were children in Soviet times, “remember” how in the mid-1980s a very terrible film appeared on the screen of Gauf’s fairy tale “The Dwarf Nose.” But later it was not possible to find out what kind of film it was. None of the three screen versions, which at that time were shown on Soviet television (1953, 1970 and 1978), was not “the same.” Some enthusiasts even tried to find a copy of the “scary film” in the film archives, but they did not find it. 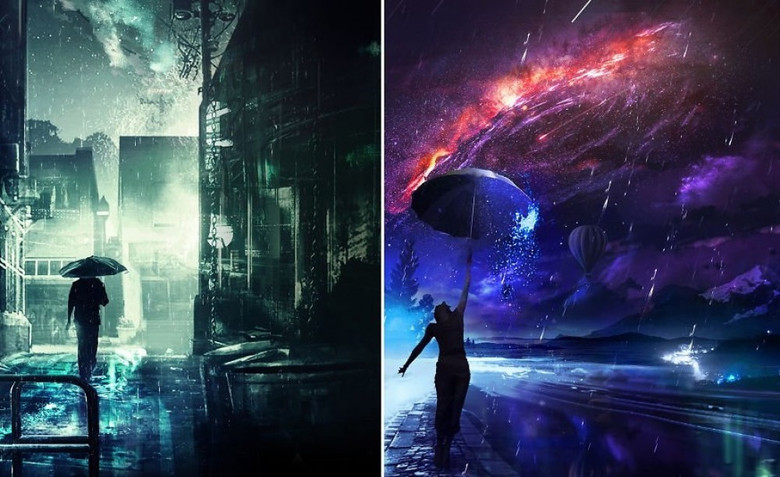 December 31, 1999 Yeltsin, announcing his resignation, allegedly uttered the phrase: “I’m tired, I’m leaving.” She then became winged. But in fact, Boris Nikolayevich did not say anything about fatigue. He said only: “I’m leaving.”

There is a completely fantastic hypothesis that false memories are the result of the memory of parallel lives. That is, a person from one reality moves to another, parallel, and there the events take place a little differently.

Recently, a team of psychologists from the University of Warwick (UK) found that it is possible to artificially form erroneous memories in people, and most will be convinced of their truth.

423 volunteers were told about a fictional event, allegedly experienced by them in childhood. Most often it was about drawing a schoolchild teacher or about participating in some kind of public event. Then the subjects were asked to imagine what was said in detail.

In the end, they were offered a test, during which they had to distinguish false memories from genuine ones. As a result, 30.5% declared “implanted” memories to be real. Another 23% said that such events did take place, but the details were different.

In yet another experiment, people were convinced that they had committed a crime in the past. And the subjects were then able to describe the process of committing the crime in the smallest detail.

If our reality is really the result of modeling, then, then, can memories be modified by changing the computer program? Why not?

In the world of “phantoms”

Now, says Ilon Mask, there are already video games with elements of augmented reality – take the same Pokemon. There are technologies that help to “impose” virtual reality on the real.

Sooner or later the virtual reality will completely merge with the present. But if humanity could create a system of virtual reality of this level, then where is the guarantee that we are no longer inside such systems? 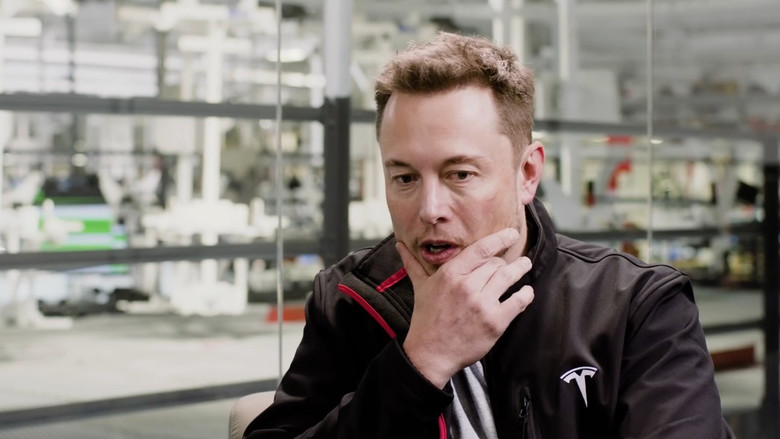 Perhaps our world is a model of the ancestral world, which was created by our remote descendants? Our reality is what it looked like in the “real” world many years ago?

It is also possible that even our physical body is just a virtual illusion and we exist in the form of wave “phantoms”. Hence the theory of the degeneration of souls: in each “phantom” there is a program according to which it lives a certain amount of time, and then “dies” and is reborn in a new virtual shell. For each of us, this will mean a new “life” -reality.

Ilon Mask hopes that we really live in a simulation – if it was otherwise, humanity could have long ago died as a result of some global cataclysm:

“Either we create simulations that are not distinguishable from reality, or civilization will cease to exist.”

It’s unclear just why all this information is needed by Bank of America Merrill Lynch customers. Perhaps that they could decide how best to invest their funds in the light of the fact that our future is virtual? However, like the present and the past …