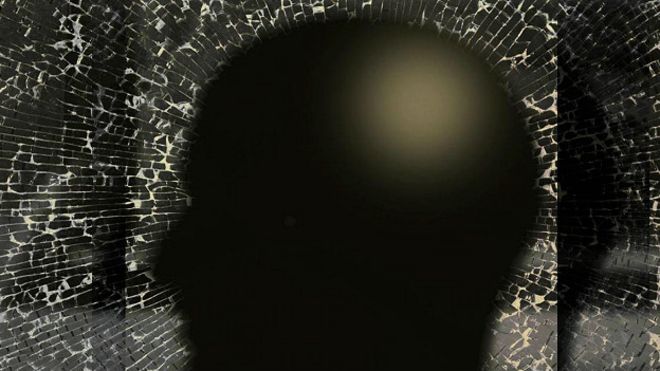 Under the influence of an unusual disease in the brain Matthew born about memories are so bright that they are indistinguishable from the real thing. Here is the story of a man whose past is as uncertain as the future.

A few months after undergoing brain surgery Matthew returned to his job as the programmer. He knew that he will not be easy: we had to explain to the authorities that the consequences of traumatic brain injury will stay with him for life.

“However, at that meeting my employers asked: “How can I help you to get back to work and get back on their feet?”, says Matthew.

“They said exactly that. But the next day I only remembered one thing: I’m going to lose – they could not take me back to work.”

According to him, the memory was very vivid – the same as the memory of real events. But, nevertheless, it was false.

Now Matthew knows that it was one of the first signs of confabulation, which developed him as a result of traumatic brain injury.

People suffering from this disorder of memory, not lying and not trying to shoot down others up, however, experiencing serious difficulties with the processing of memories that often prevent them to separate fact from fiction generated by them unconsciously.

This discovery was another hard blow to Matthew (name changed): “I was so frightened – it occurred to me that I can’t be sure how all was actually”.

Matthew befell misfortune can help us to understand the weaknesses of our memory and how our mind creates its own version of real events.

I met him when he performed during the London campaign fundraising. Intrigued by his experience, I asked him for an interview.

About his past he talks in good faith, without false pathos, often by asking for a confirmation to my colleague Ben Graham, who was with him for almost ten years after the operation.

Even before the injury Matthew was very ambitious and not afraid of difficulties. He was born in the UK, in the city of Birmingham, but most of the childhood spent abroad, and when he was 17 years old, went to live with relatives in London. However, after a month put him out the door.

He lived on the street, and then settled at one of the monk-the Franciscan. In the afternoon I was in College, and on evenings and weekends worked to pay for their content.

He managed to enroll in University College London in the faculty of mathematics and computer science, and after College to get a job as a programmer.

It seemed that the time had come to reap the fruits of their diligent labors, but having worked in a new place just a few months, he began to notice that his body is something strange going on.

Lost the sensitivity of your fingertips, and began the painful headaches, my eyes began to see double. Often he had to work all day, closing one eye.

As shown by the CT, the cause of sickness is rooted at the inlet of one of the ventricles of the brain – cavities that promote circulation of cerebrospinal fluid along the nerve fibers.

In Matthew’s brain was formed a colloid cyst is a small tumor that grew and closed the entrance into the ventricle, preventing the outflow of cerebrospinal fluid.

“In this area of the brain is elevated blood pressure, and fluid begins to push the brain to the bones of the skull,” explains Vaughan bell, a neuroscientist from University College London, who talked about the disease Matthew while collecting funds.

In addition, the swollen ventricle and pressed on the optic nerve, making the young man was seeing double.

Surgeons performed an emergency operation: made a hole in the skull from the hairline, removed part of the cyst and drained the excess liquid.

Recovering after surgery in hospital, Matthew realized that the disease caused a memory disorder.

He forgot that he saw how people walked into a room and out of it: they seemed somehow teleported right in front of him.

“I only remembered how people appeared in my field of vision and disappeared,” he says.

According to Bella, this may be the result of damage to the mastoid bodies two small rounded pair formations (hence the name) on the fabric, which, as far as we know, are involved in the process memories.

But our minds, apparently, abhors a vacuum, and in the rehabilitation of memory Matthew began ingeniously to fill because of amnesia gaps.

So, one day he sent an email to an angry letter to my neuropsychiatrist with the question of why it’s prescribed. “I assure you, I’m still not healthy, to me clearly something is not right,” he wrote.

And only then learned that to write itself, I’ve thought of it myself – no such decision was not accepted. However, he clearly remembered how the nurses told him about the statement.

Noticing this tendency to confabulation, Matthew greatly alarmed – it was still found out that his brain now didn’t belong to him.

“The brain is not just a machine that generates reality,” says Matthew. – There is a difference between what you perceive, and those generated by the brain images on the basis of which you interpret the world around us”.

Often false memories are built on assumptions about what form it would take certain events.

For example, when Matthew returned to work, he was very worried that the authorities will show compassion for his difficulties.

“I knew that my employers are serious business men, quite hard and very strict in all that regards the work. So my brain took them in advance to a certain category and have formed specific expectations about their reaction.”

Because of amnesia, a young man could not remember details of the meeting, so his brain filled in voids in line with expectations.

In a sense, this process of “completing” can be considered as an exaggerated way of memories.

When we try to recall the past, our brain rekonstruiruet events, selecting the most probable details.

Behind the scenes, the brain does a great job on the selection and testing of information, ” he says. The brain checks to see how much each of those memories, and suppresses irrelevant”.

None of us are able to remember anything exactly; all we can do is give the brain the wrong information, and forming false memories of something that never was.

In fact, such false memories are surprisingly easy to impose even a healthy brain.

In an experiment psychologists from New Zealand and Canada secretly produced fake pictures of the study participants, which were those captured during the balloon flight.

When subjects were questioned about these pictures, 50% of them made up a story about how to really fly, sincerely believing that it is true.

Important details we often remember correctly, but Matthew due to injury event validation on the reality occurs crashing, so he formed a lot more false memories – although this is not the most severe case of those that are met in practice, Bella.

“Some people “remember” the impossible – they may say: “I built a spaceship and orbited the moon.

One of the visitors center charity Headway East London woke up after a coma with the firm belief that they have a bride to be born twins.

He distinctly remembered seeing the ultrasound results and photographed the belly of his girlfriend – but in fact the woman was never pregnant.

“I remember this as my childhood, for me, among these memories there is literally no difference,” he says.

Now Matthew keeps a diary, which helps him to remember the actual details – where he was, what he ate, what was said by other people. These records serve as a basis for recovery in the memory of the events of the day.

But false memories still find a way to penetrate his consciousness. “Often confabulation begins when Matthew about something worried, and false memories take the form of what was troubling him,” says Ben Graham, who works for the charity along with Matthew.

When they spend time together, Matthew often then verifies the facts with Graham.

This is a touchy task – Graham realizes that his words may inadvertently sow the seeds that will blossom later with a false memory: “you Can [accidentally] to impose some idea, so you want to exercise caution”.

Despite these ongoing difficulties, Matthew argues that it is not amnesia, and confabulation bothers him no more than a constant fatigue that accompanies it during all the years that have passed after the surgery.

“When I don’t feel tired, I’m fine, and I can cope with her memory lapses,” he says.

Since predictions about the development of his disease while vague, he has to settle for the small pleasures of life.

When Matthew is feeling well, he rides for long bike rides. He would like to return to permanent work as a programmer, but he learned not to take the future for granted and to live in the present.