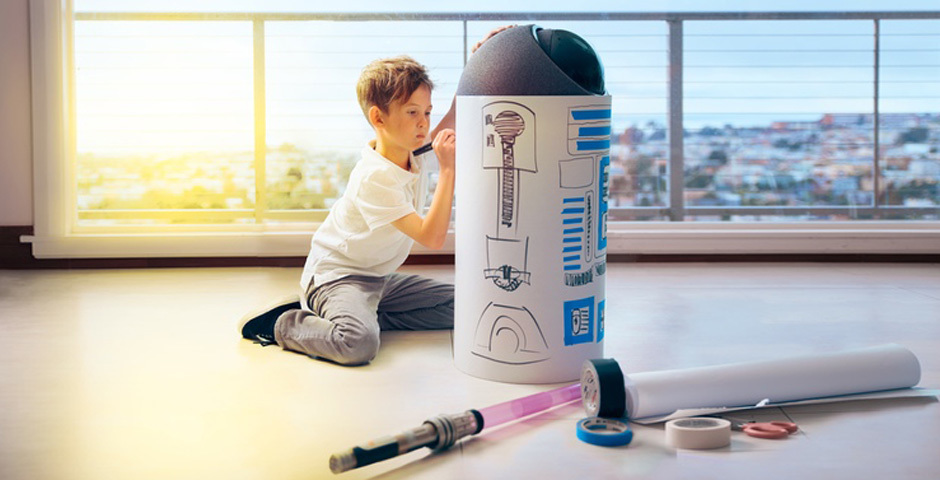 The company introduced the NX Robo fun robot homemade BIG-i, which implemented intellectual function. The device may be another member of the family.

The robot moves around the house with small wheels. He recognizes faces and voices of family members and distinguishes them from strangers, understands human speech. Also BIG-i will remind about upcoming events and plans for the day – for example, that it’s time to do exercises.

BIG-i is equipped with 3D vision, active perception and intellectual programming. Each team owner, he turns into a short algorithm and then executes it. So, you can say to the robot: “Turn off the lights when everyone leaves,” and he will first wait when the room is empty, and then shut off the lighting system.

The robot is able to learn – gradually, it better fulfills its function, becoming almost a full-fledged member of the family. In addition to the kind of BIG-i reminds me of the famous R2D2 from “Star wars”. To illustrate, you can do a kind of robot costume out of a sheet of paper – on functionality is not affected.

A home version BIG-i cost of the first investors in 749 dollars (46.8 thousand roubles) is cheaper than the iPhone 7. Selling robot will cost twice as much. For the project startups needed 100 thousand dollars, has already collected one and a half times more.