Fantastic Dario eyes allow her to see in the UV spectrum 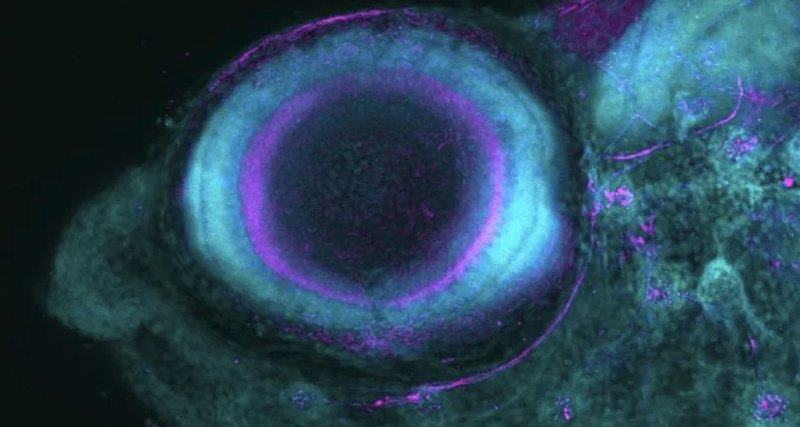 The scientists found out that the vision of the fry of the Dario fish is so different from the human that it would rather come to the newcomer from another planet.

Imagine that at some point in the evolutionary history our distant ancestors did not yet have the ability to lower and raise their heads. If this feature was fixed – how much would our vision differ from the usual binacular model with eyes on the face of the head?

The fishes of the zebrafish (the favorite experimental marine biologists) can help us in this imaginary experiment. Evolution rewarded them with a visual system, perfect unlike ours. The authors of a new article published in Current Biology have demonstrated that the special structure of the retina of the fry gives them a panoramic view that in a compartment with a four-color vision makes them see the world at a very unusual angle.

To test their guesses, the researchers sailed along the shores of West Bengal and photographed the fry, trying to determine what objects their eyes recognize. This led to the formation of three hypotheses: that the upper half of the eye is worse in distinguishing colors; that the fish can see its prey in the UV spectrum; and that she distinguishes four color spectrums (three, as a person, plus ultraviolet) in front and behind in the direction of the view.

After that, the scientists conducted a number of tests in the laboratory. They have grown a group of genetically modified fry, whose eyes shine depending on the observed color spectrum. After this, the team injected the fish with a substance that temporarily deprived their eyes of the ability to move, and illuminated various areas of the eyes, monitoring the changing response of the receptors.

It turned out that all the hypotheses were true. For fish that live in shallow depths, the eyes of the fry are arranged almost perfectly. Since ultraviolet radiation hits the water from above, the eyes also see objects at the top in black and white and UV spectra, while for the peripheral and lower vision, the perception of the remaining colors predominates.