Fast food affects the body as an infection 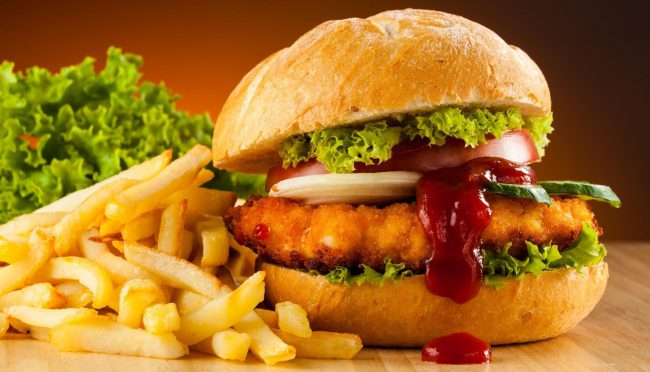 The harm of fast food was written so many things that you can read these scientific works for weeks on end. Nevertheless, many people can not overcome their weaknesses and regularly buy hamburgers, French fries and other “harmful delicious” in their favorite fast food establishments. German scientists conducted a study in which they studied the effect of a diet with a high content of fats and sugar on the immune system and came to shocking conclusions. It turned out that the body reacts to such food in exactly the same way as a bacterial infection.

In the course of the experiment, the laboratory mice were transferred to a diet high in sugar, fat and practically with no fiber at all (this is how you can characterize most of the modern fast food). Very soon, scientists discovered in the blood of rodents a huge number of new immune cells. A similar reaction is characteristic of the body when a potentially dangerous agent such as a bacterium or a virus enters it. In addition to the hyperactivity of the immune system in rodent organisms, inflammatory processes have also been identified.

According to scientists, the immune system perceives fast food as an enemy and from the moment it hits the body it starts actively fighting with it in order to protect itself from harmful influence. Hyperactivity of immunity leads to a change in DNA, making the protective functions of the body more aggressive, so later immunity practically ceases to distinguish between harmful food and useful. But what is most unpleasant, these changes can not be reversed. After the mice were transferred to a healthy diet, scientists managed to get rid of the inflammatory processes in their body, but most of the immune cells remained as aggressive, destroying even beneficial substances for the body.

Thus, it turns out that fast food with ease reprograms the body, bringing it into a state of constant combat readiness and preventing you from distinguishing good food from bad. Scientists have yet to find out all the subtleties of this process, but one thing is not to be doubted: if health is dear to you, fast food should be kept as far as possible. However, in this case we are talking about any high-calorie food, which many people abuse themselves to harm.