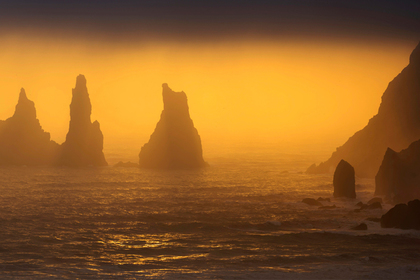 Scientists at the University of California at Berkeley (USA) have found that anthropogenic emissions of greenhouse gases contribute to more rapid heating of the oceans than previously thought. This refutes the view that global warming has slowed in the past 30 years. Article researchers published in the journal Science.

Approximately 93 percent of solar energy, which is captured by carbon dioxide and other gases, accumulates in the oceans. This indicator is weakly dependent on such annual variations as El Nino (fluctuations in surface water temperature in the Pacific Ocean) or large volcanic eruptions.

The researchers analyzed data on seawater temperature in the upper two thousand meters, its acidity and salinity, collected from the mid-2000s with the help of four thousand Argo project automatic buoys, which can periodically descend to a certain depth. This made it possible to clarify existing models of climate change.

According to scientists, if no measures are taken to reduce greenhouse gas emissions, by the end of the century the temperature of sea water in the upper layer with a thickness of two thousand meters will increase by 0.78 degrees Celsius. This will raise the sea level due to thermal expansion by an additional 30 centimeters in addition to raising the coastline due to melting glaciers. Rising temperatures will trigger more severe storms, hurricanes and extreme precipitation.

In 2013, the Intergovernmental Panel on Climate Change (IPCC) presented a report according to which the actual increase in heat in the oceans over the past 30 years is slower than the current climate models predict. This conclusion was based on data obtained with disposable bathythermographs, which can only descend once to the bottom of the ocean. However, the new information provided by the Argo system is consistent with predictions about the rapid heating of sea water.