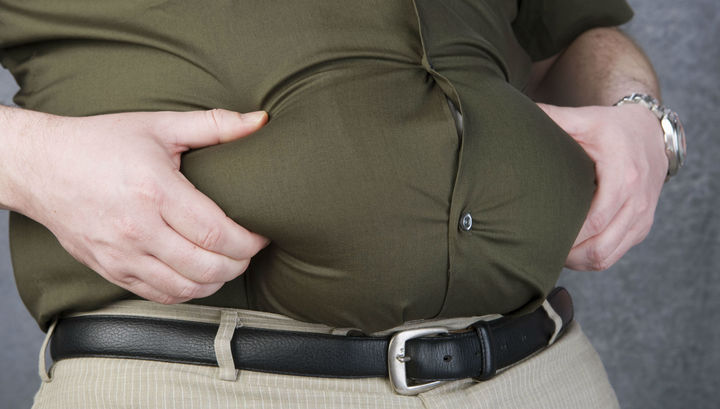 Some people are very worried that they will certainly gain extra pounds in the upcoming winter holidays. But scientists have found some kind of consolation. If such all-such happens, it is worth remembering that not all fats are harmful. Studies in mice and monkeys have shown that fat stores the necessary immune cells and, possibly, makes them more effective in fighting infection.

Yasmine Belkaid and her research team from the National Institutes of Health of the United States found that one type of immune cells (memory T-cells) appears to be stored in the fatty deposits of mice. These cells are trained to fight infection. Once they are exposed to the pathogen, they are prepared to give a stronger response the next time they encounter the “enemy” again.

Researchers infected mice with parasites or bacteria. During the work it was found out that T-cells of memory formed dense groups in fat deposits of animals.

Tests showed that these cells were more effective in fighting than those that are “stored” in other organs. They are better spontaneous and released chemical substances, opposing infections.

After some time, the mice were again exposed to the same pathogens, and the memory T cells stored in the fatty deposits of the rodents responded faster than others.

Specialists working under the leadership of Belkhaïd found that monkeys also have many memory T cells in their fat deposits, and these “assistants” also worked better than others.
“The tissue is like a magical potion that can optimally activate T cells,” says Belkaid.

In the next experiment, scientists took the fat deposits in mice that had previously been exposed to the pathogen, and implanted them to other rodents. The latter have never been infected with the same pathogens before.

After this, animals from the second group were exposed to bacteria or parasites. As a result, memory T cells from implanted fats were included in the work, providing protection, as if “inexperienced” mice had met pathogens earlier.
“That’s enough to provide good protection against infection,” Belkaid said.

She believes that memory T-cells are especially strong, because they can “eat” an energetically rich fatty tissue, in which they are stored. “She has a lot of nutrients,” says the researcher.

The results of the work, according to scientist Anthony Ferrante (Anthony Ferrante) from Columbia University, should change our idea of ​​fat in health matters.
“If you take a textbook, then it will list the immune organs, such as lymph nodes, but a new study and a number of others change this view,” he says. Fat should also be considered an immune organ, the scientist believes.

However, not all fats are good. When people begin to recover, the relationship between fat tissue and immune cells may not change in favor of a person, which will lead to the development of inflammatory processes (and related problems). Nevertheless, says Belkaid, having some amount of fat is helpful.

To date, she and her colleagues are looking for immune cells in samples taken with a biopsy of human fatty tissue. If you can find them, the researchers will try to find out exactly what fat cells do, in order to increase the efficiency of these cells.

Belkaid hopes that the future finding (if it is done) will lead to the development of new ways that increase the body’s immune response to infections, cancer and vaccinations.
“You can try to take human immune cells, make them more aggressive and more effective in fighting cancer, and then return them to the body,” she concludes.

The results of the study are presented in the scientific publication Immunity.