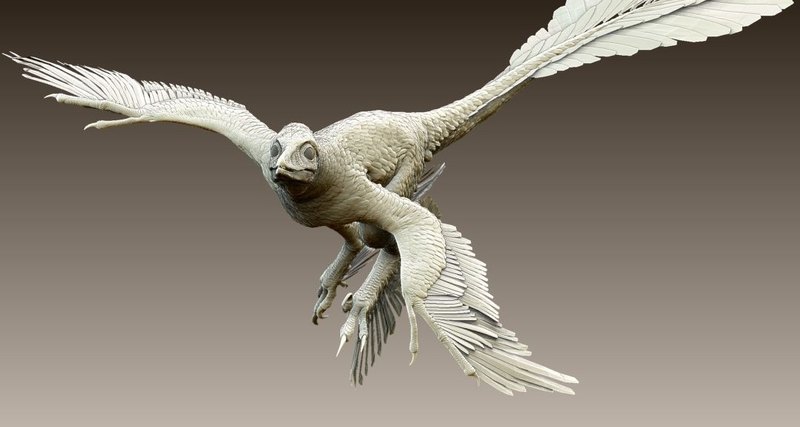 Such a conclusion was made by scientists who tried to determine the chemical composition of the feathers of Anchiornis, a small feathered lizard that lived on the territory now called China, about 160 million years ago – ten million years before the first birds appeared.

This reptile, about the size of the current crow, was a rather curious sight in its lifetime. All four of her limbs were covered with feathers, resembling the flight feathers of today’s birds. It was hardly possible to fully fly them, but to plan between the trees – completely.

Modern bird feathers consist predominantly of beta keratin (β keratin), a protein also found in the skin, claws and beaks of reptiles and birds. Feathers are different from these other β-keratin-containing tissues because the feather protein is modified to be more flexible. 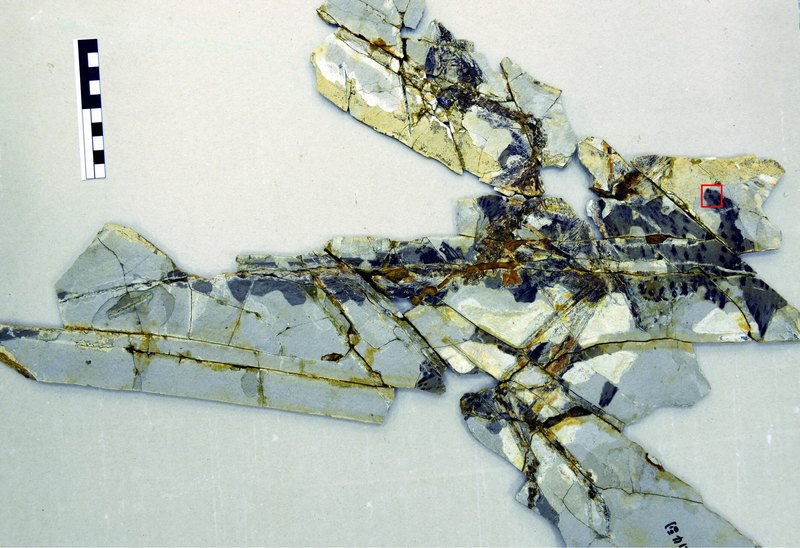 Investigated the remains of anhiornis

“At some point during the evolution of feathers, one of the β-keratin genes underwent a deletion event, as a result, the length of its molecules somewhat decreased. This modification made the pen flexible, which is obviously an adaptation to flight. If we can determine exactly when and in which organisms this change occurred, we will better understand when they learned to fly, ”says Mary Schweitzer, a professor of biological sciences at North Carolina State University.

The researchers, led by Yanhon Pan, a visiting researcher at the Nanjing Institute, investigated the fossilized anhiornis feathers using high resolution electron microscopy, as well as various chemical methods to determine the molecular composition of the feathers. They did the same with other feathers of the Mesozoic and Cenozoic eras, as well as with other samples that once had a lot of β-keratin.

It turned out that Anchiornis feathers consist of both β-keratins and alpha keratins (α-keratins), a protein that all terrestrial vertebrates, including mammals, have. This was surprising, because in modern feathers α-keratin is present only in small quantities. In addition to the coexpression of both keratin proteins, Anchiornis feathers have already undergone a deletion event that distinguishes feathers from other tissues.

To put it a little simpler, there were still more “short” keratins in these feathers, which means the feather was more flexible than a non-flightless animal needs. That is, anhiornis still knew how to fly, and it was 10 million years before the first birds appeared.