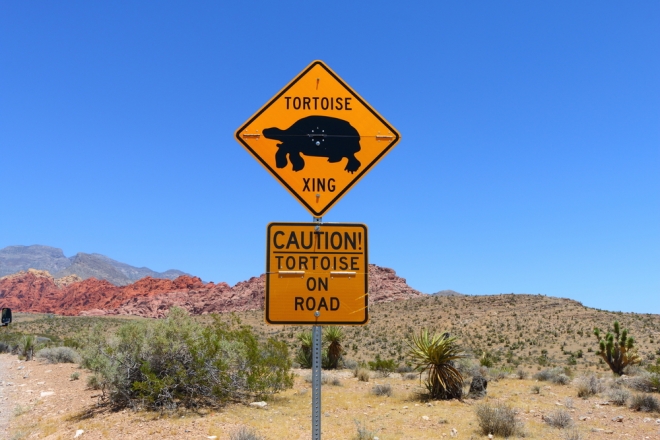 Deserted western gopher – turtles from the Mojave Desert – a threatened species, and a symbol of the southern deserts of California. The tortoise is under tremendous pressure, since its habitat is seen as a platform for the construction of solar and wind power plants. The risk of losing their native places coincided with the project of biologists trying to reverse the loss that the species has experienced since the 1970s.

The main problem of turtles is roads. “The roads are everywhere. When turtles and roads meet, turtles inevitably lose, “said lead author of the study Mark Pyden. Even in protected areas, such as the Mojave National Wildlife Refuge, several turtles die on the roads every year.

To protect the turtles, it was decided to install fences along the roads. However, turtles, not accustomed to fences, crawl along them, overheat and sometimes die. This problem must be solved in order to enjoy the benefits that fences provide, the researchers say.

Scientists placed tiny GPS sensors on turtles that were found near roads and fences. The sensors recorded the location and temperature of the animals every 15 minutes for 2 years.

“Some of our results were amazing,” says Piden. “Turtles definitely cross paths exactly, but they do it much less than expected.”

Although the fences protect the turtles from the roads, some reptiles can not adapt to them. Turtles get hot when they crawl along the fence for a long time. Sometimes they overheat and die.

“You can imagine the confusion in the head of a tortoise that lived in this place for 20-30 years, and suddenly a barrier appears on its way,” says study co-author Tracey Taberville. “Rangers should take this behavior into account, developing and setting fences that minimize the risk that the creeping animal will overheat.”

If the turtles are not fenced off from the roads, they often pass them where there are parched canyons or river beds that periodically fill with water. The placement of fences in such places will reduce or kill the deaths among turtles.

Researchers also found that turtles mainly crossed roads in the middle of spring and summer. Increased monitoring of compliance with traffic rules during these periods will reduce the number of wounded and killed on the roads of turtles. This is especially true of the most popular areas of the desert, where most tourists are in the holiday season.