Fighting two snakes for one fish 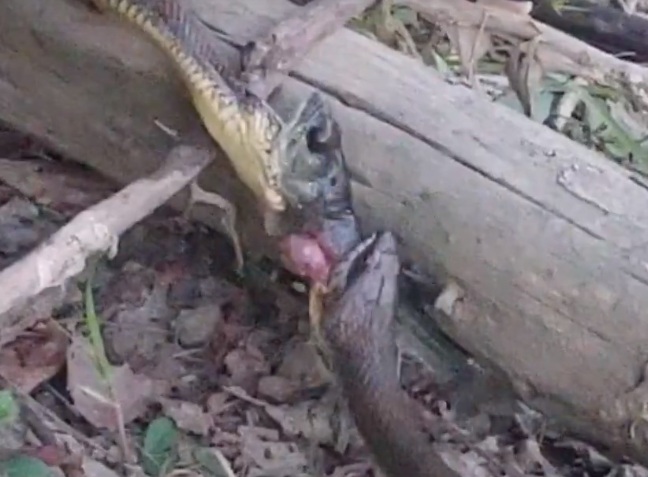 A fisherman in Kentucky couldn’t believe his eyes when he stumbled upon a pair of stubborn snakes waging an epic fight for food.

Alex Yuastella noticed a strange scene when he was about to start fishing in one of his favorite spots near Louisville.

As he pondered which bait to use that day, he noticed that “something was splashing near the shore a few feet away.” Intrigued by curiosity, Yuastella decided to investigate and was stunned that the excitement was caused by a pair of snakes fighting over the fish.

Juastella says that these creatures were water snakes, and suggested that one of them caught a fish and returned to the shore, where she was met by another snake, seeking to steal its catch.

As for who won the tug-of-war, Yuastella says the fight went on for quite some time, and he ended up fishing without waiting for the fight.