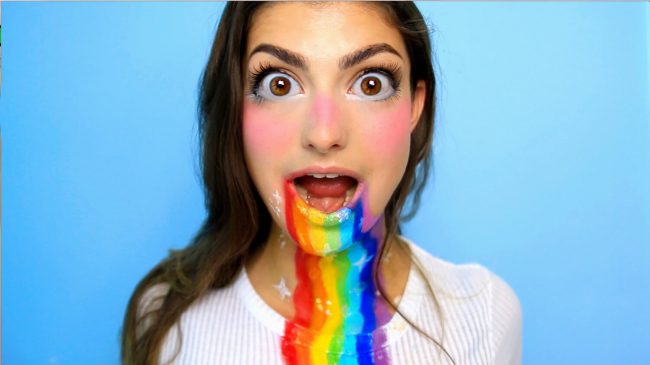 Filters in modern applications of social networks cause a new kind of dysmorphism of the body. This is reported by researchers from Boston University. They published an article in the medical journal JAMA Facial Plastic Surgery. Researchers note that more and more people want to look unrealistic, falling into frustration because of how they look now.

Dysmorphia of the body is a state of mental health in which people are overly anxious about their appearance. The authors of the article believe that today Instagram and Snapchat change the understanding of beauty all over the world. They even highlight a phenomenon such as “Snapchat dysmorphia.” It is noted among patients of plastic surgeons who want to be similar not to celebrities, but to their own photos with filters from Snapchat.

For the first time “The Snapchat dysmorphia” was reported by The Independent. Surgeons began to report the desire of patients to increase their lips and eyes or reduce their nose in order to look like their own picture with the filter applied. The tendency is considered alarming, as often people want an unattainable result. This means that in any case they will not be satisfied with their appearance. Today, mobile applications create a new understanding of beauty, and this beauty is beyond fantasy.

The problem is exacerbated by the availability of mobile applications. If before for someone a model of beauty could serve as a model from the cover, today you can admire the filtered photograph of your neighbor. It is the wide use of filters that change the notion of beauty, can cause an increase in the cases of dysmorphia of the body. Just as the diffusion of technology changes the level of happiness in Bhutan, the popularity of Snapchat and Instagram influences the satisfaction with its own appearance throughout the world.

It is also noted that more and more people turn to plastic surgeons in order to better look on selfies and in social networks. According to the American Academy of Facial Plastic Surgery, in 2017, 42 percent of patients underwent plastic surgery for a more attractive selfie. This year, there are 55 percent. What do you think of it? Share in our chat.