Findings of teeth showed that ancient monkeys crossed the Atlantic 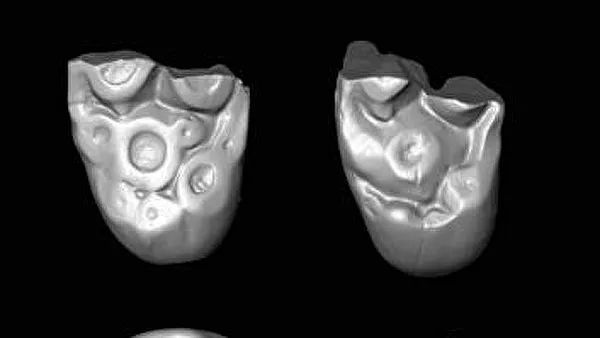 Paleontologists discovered in Peru the teeth of ancient primates – monkeys that lived in what is now Egypt about 34 million years ago. Regarding how animals in the Oligocene crossed the Atlantic and ended up in South America, scientists have only speculations. The description of the find is published in the journal Science.

Until recently, it was believed that wide-nosed monkeys, the only primates except for humans living on the American continent, are a unique example of mammals that managed to somehow migrate from Africa to South America about 30 million years ago. Scientists suggest that they could get to the South American continent by floating logs or grass rafts in an era when the distance between the continents was slightly less than now. Recently, scientists have discovered that there was also a second line of African primates, who developed South America in the Oligocene.

In 2015, deep in the Peruvian Amazonia, paleontologists found two tooth fragments of a previously unknown species of small primates, apparently similar to modern monkeys, which scientists gave the name Ucayalipithecus perdita – from the town of Ukayali, where the teeth were found, Greek pithikos, which means “monkey “, and Latin perdita -” lost. ” In identifying the teeth, Argentinean co-authors of the study made the assumption that Ukayalipitecus had African ancestors, but there was not enough material for a final conclusion.

When Erik Seiffert, professor of clinical integrative anatomical sciences at the Keck School of Medicine at the University of Southern California, was asked to help describe these samples in 2016, he noticed the similarity of fossils, which are two broken upper molars, with teeth that died 32 million years ago Egyptian monkeys of the Parapithecidae family, which he studied earlier.

Seyffert and colleagues embarked on a new expedition to Ukayali. After scientists literally sifted a layer of sedimentary deposits 100 meters long along the Yurua River, they managed to find two more well-preserved lower teeth belonging to the new species. Their similarity with the teeth of Egyptian monkeys confirmed the hypothesis of the origin of Ucayalipithecus from African ancestors.

“This is a completely unique discovery,” said Eric Seifert, lead author of the study, in a press release from the Keck School of Medicine, which shows that in addition to the broad-nosed New World monkeys and the group of rodents known as caviomorphs, there is a third line of mammals, which “made this incredible transatlantic journey from Africa to South America.”

According to scientists, primates could accidentally end up in the ocean on floating rafts of vegetation that broke off the coast during a storm. The age of the deposits in which the teeth were found is from 34 to 23 million years. Based on the location of the teeth and the proximity of Ucayalipithecus to fossil relatives from Egypt, researchers estimate that the migration occurred about 34 million years ago.

“We assume that this group could move to South America at the turn of the Eocene and Oligocene, between the two geological eras, when the Antarctic ice sheet began to rise and sea level fell,” says Seifert. “This could play a role in so that it’s a little easier for primates to cross the Atlantic. ”

As the authors note, both parapiticides, which include the Ukayalipitecus, and broad-nosed monkeys, had to be surprisingly adapted to harsh conditions in order to survive the intersection. In addition, upon arrival, the primates obviously had to immediately adapt their eating behavior to unfamiliar land and compete for food and territory.

“What impresses me most about this study compared to any other that I participated in is how incredible it all is to find in such a remote place such tiny pieces that helped us discover the incredible journey that we made these early monkeys, “Seiffert wonders.