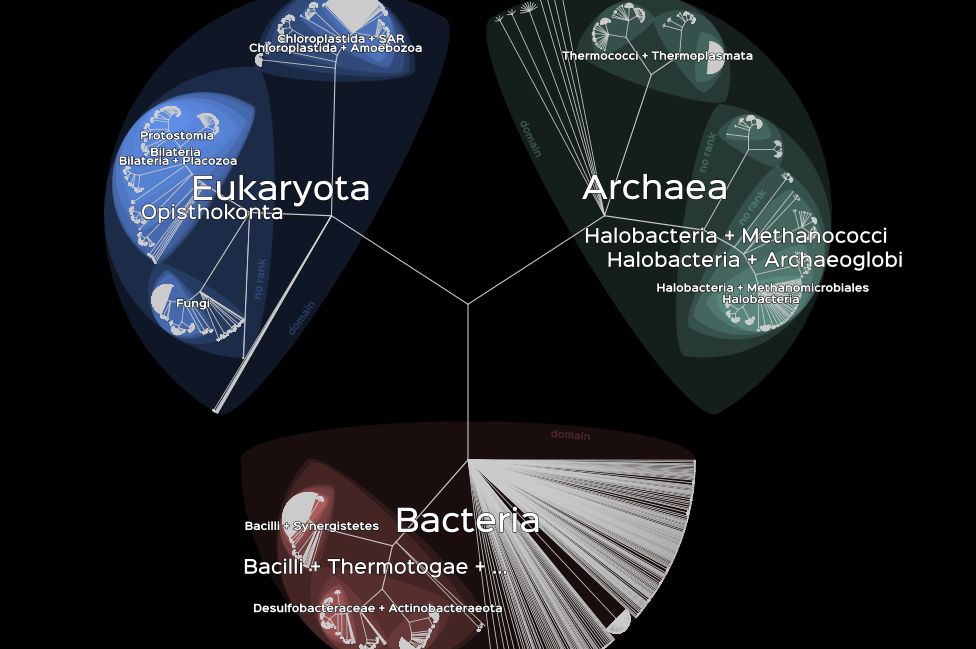 French evolutionary biologist Damyen de Vien (Damien M. de Vienne) from the Lyons university created Lifemap — the interactive map of all known types of the living beings on Earth who are existing and died out which doesn’t have analogs. Anyone can use it.

Since the sekvenirovaniye of DNA became rather cheap and bystry, scientists received a huge number of the different types of living beings this about genetic relationship. One of the biggest databases on phylogenetics (to science about evolutionary relations of organisms) is carried by National center of biotechnological information of the USA (NCBI). As of October, 2016 it contained information on 1,4 million types.

Recently in PNAS log operation in which scientists offered in the instruction of colleagues the first comprehensive version of a phylogenetic tree of life — Open Tree of Life (OTOL) was published. However only experts can use this tree: operation with it requires many special knowledge and skills, and it looks as the computer program with the difficult interface. The phylogenetic tree with the simple and clear normal user interactive structure still didn’t exist

Now such resource is. Damyen de Vien integrated the modern methods of information visualization (such as OpenStreetMap) and developed Lifemap — a platform on which there was a Tree of Life (Tree of Life) which at the moment contains information about 802 639 (in the version for wide audience) the types which are existing and died out. 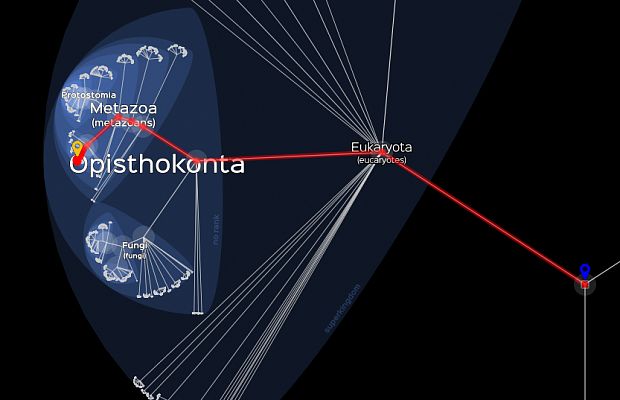 Lifemap consists of three main groups (domains) which allocation was assumed in 1990 by the founder of molecular phylogenetics to Carle Vioza. The first domain — the Archean, unicells which don’t have neither a kernel, nor other organellas: in the Tree there are 3733 look the Archean now. The second — bacteria (277 426 types), the third — eukariota, that is organisms in which cages there is a kernel (521480 types today in Lifemap general public). To it the great number of living beings from a fly agaric to the person belongs. 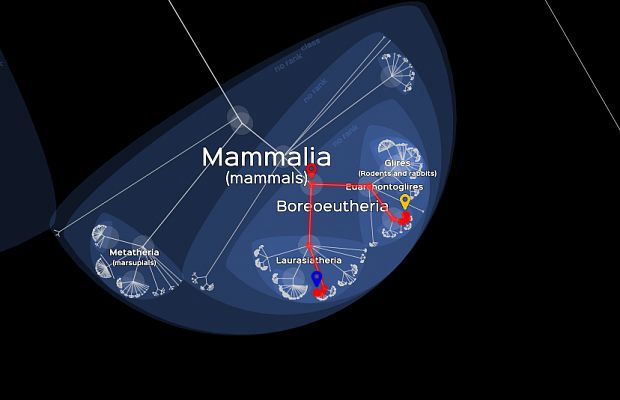 Now Tree of Life exists in three options in which differ both a tree, and quantity and sources of accompanying information. The version for wide audience (Lifemap general public) includes an opportunity to add in descriptions of types of the image and references to articles in Wikipedia and if there is no relevant article, the user is offered to create it.

The Lifemap NCBI version contains all taxonomy according to NCBI and once a week is updated. Having clicked on the necessary knot of a tree, the user receives padding data on quantity of types in a taxon, the reference to the NCBI web page with the description of a taxon and an opportunity to download the respective site of a tree. At desire in this version it is possible to create a padding layer and in it to show all types of the specified taxon which genome is already sequenced.

The third version is called Lifemap OTOL (Open Tree of Life). In it the user will see a phylogenetic tree according to OTOL about which it was told above.