Fish are able to remember and recognize human faces 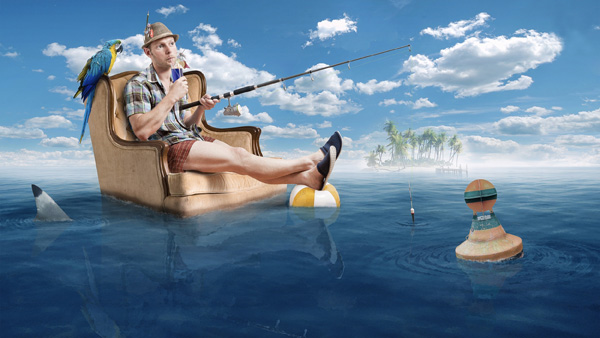 As you know, in humans for face recognition respond a separate area of the brain. Therefore it was always assumed that this skill an exclusive feature of highly developed beings. Experts from the University of Queensland Australia in Brisbane in Chapter Kate Newport decided to test whether animals with more simple structure of the brain do not have such ability.

For their study, researchers chose a kind of tropical fish Toxotes chatareus that prey on insects, knocking them in the air fine water streams, due to what were called the Archer fish brings them or archers. Newport colleagues suggested that, along with the development such skills these fish could also acquire the ability to recognize the outlines and form of objects, including human faces.

During of the experiment the fish were shown pictures with faces of people. When they released jet of water at a certain picture, then got food. So
the Archer fish brings them had to remember which image we need to shoot, to get a treat. In General, fish were able to correctly define the face more than 80 % of cases, despite the fact that their vision is not adapted for observing objects in the air and in the process of evolution they had no such a necessity. In addition, it was found that the Archer fish brings them can remember about 40 different items that are associated with food or the lack thereof.

On the basis of the obtained results Newport came to the conclusion that the possession of powerful cognitive abilities not necessarily due to only one need to recognize faces, without which one cannot do to people living in human society.