Fish mutated from the river to the cave 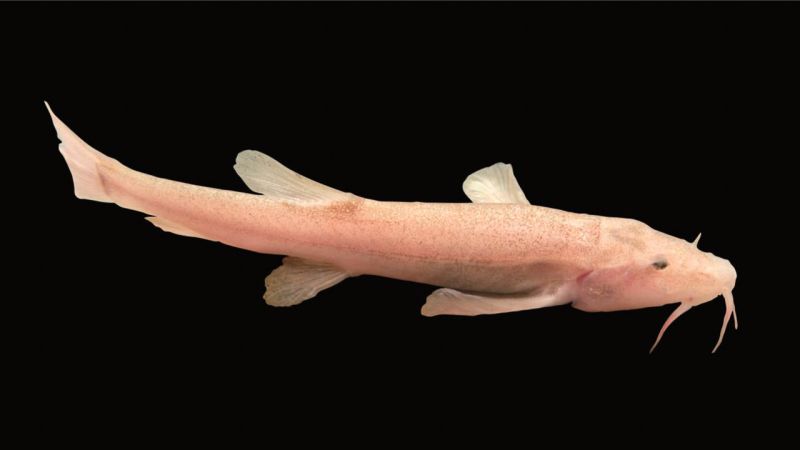 Scientists are used to think that glaciers covering the northern part of Europe prevent the fish from colonizing the cave part of the continents, since so underground reservoirs do not communicate with the open ones. It was believed that the extreme northern point, where you can find cave fish – is the Nippenous Valley in Pennsylvania. However, a new species of cave fish, discovered in southern Germany 2 years ago, refutes this assumption.

Pale, tiny fish with a long “beard” growing out of her head, is a new species in the genus of char (Salvelinus), which has not yet received its name. It also became the first cave fish, which in Europe was discovered as much as 760 kilometers north of Pennsylvania. 12,000 years ago, European caves were buried beneath the glacier, which blocked the connection between aboveground and underground waterways. However, as the ice melted, in the upper part of the Danube, underground and springs formed, connecting the river with an extensive network of caves, located 250 km to the south. Some fish with the flow of water fell inside and multiplied in the dark, gradually degenerating and acquiring the characteristic features of the underground inhabitants – tiny eyes, pale skin and huge nostrils.

The researchers report the results of the study in the journal Current Biology. Based on the genetic analysis, scientists assure that the cave char is a close relative of the stone char, which is twice as large as the representatives of the new species and live in the light, open waters of the Danube.