Fish that can become invisible 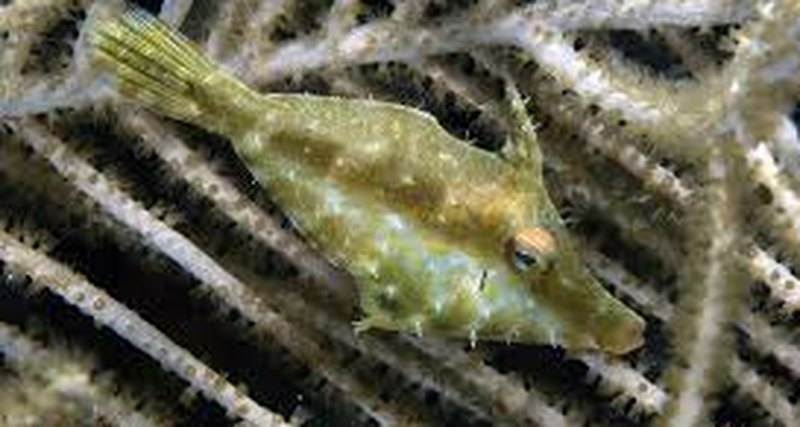 The one-horned fish of the detachment of pufferfish Monacanthus tuckeri has the ability to become invisible.

This small fish lives in the shallow waters of the Caribbean Sea. Justine Allen (Justine Allen) from Brown University was amazed at how quickly the fish manage to camouflage themselves. In two seconds she manages to change the color of her body and merge with horn corals, by which she swims.

Ellen and her team managed to capture the process of “disappearance” on the island of Little Cayman in the Caribbean Sea. Researchers also studied the surface of the fish body in the laboratory to understand how it masquerades as the environment.


Monacanthus tuckeri changes color to create “false outlines”. For example, a dark band can appear on her skin, which visually creates a new shape of the body and the real contours remain unnoticed.

How does the new pattern appear? The fish collect all the information about the place where it is located. Then the brain sends signals to the pigment-containing skin cells. Depending on the signal, the pigment can concentrate in the center of the cells to color a smaller area, or, conversely, fill the whole cell.

On the skin of the fish there are also small protuberances called skin flaps. They make the outlines of the body not so smooth and help the fish to disguise themselves as coral polyps, algae or lumps of sand. This is misleading not only predators, but also experienced researchers.