Five well-known species of animals, which few have seen 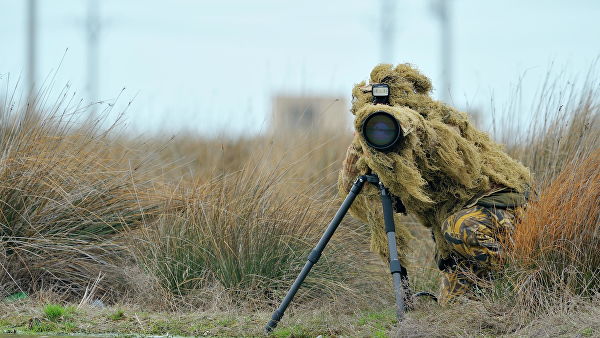 Every year, scientists discover thousands of new species of living beings. But in some cases they fail to advance beyond the description of randomly encountered individuals. Researchers cannot provide holotypes — specimens of animals — or their clear images. And the situation when the existence of a new species is known, but it does not work out, does not change for years. Five stories about how scientists hunt elusive animals – in the material RIA Novosti.

The small, gray-brown Parina shark (Mollisquama parini), not more than 40 centimeters long, lives in the Pacific Ocean, is known only by two individuals, and they fell into the hands of researchers completely by accident. First, in 1979, Soviet scientists found an adult female of this animal, examining the catch of the vessel “Ichthyander”. The second individual of the pocket shark (this is its second official name) in 2015 was accidentally discovered by American oceanologists. In the samples of marine fauna caught during a scientific expedition in the Gulf of Mexico, there was a 14-centimeter newborn male.

Genetic analysis has shown that this fish belongs to the so-called upright sharks and is included in the genus Mollisquama. Her closest relatives are Brazilian luminous and American straight-faced sharks. Judging by the barely healed umbilical cord scar on an individual caught by American researchers, Parina’s shark is viviparous, as are all upright-turning sharks.

About the features of the behavior and diet of these animals is not known. In addition, it is unclear exactly where they live, the distance between the points of their capture is too great. 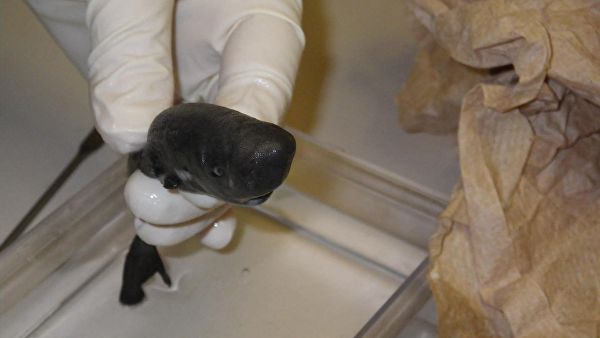 In search of Satan

There are 14 specimens of the rare North American freshwater catfish (Satan eurystomus), known as Satan fish, in the museums of the world. But scientists have not seen any living specimens since 1984, and no one has yet managed to observe this species in its natural habitat.

The fact is that fish-Satan is found in the only place on the planet – underground artesian wells near the city of San Antonio in the state of Texas (USA). It was discovered back in 1947, but all knowledge about it is limited only by external description. This medium-sized animal is 13 centimeters long, eyeless (rudimentary eyes covered with skin) and with transparent skin. It has a predominantly cartilaginous skull and a small swim bladder.

In 2017, ichthyologists from the University of Texas at Austin began searching for Satan’s fish, but so far efforts have failed.

With the recently recognized new species of buzzing flies (Marleyimyia xylocopae), the situation is reversed. There are many images of them, but not a single one — alive or dead — was an individual held in their hands. That is why these flies were the first insects in the world, whose species were described only on the basis of several high-resolution photographs.

Usually, in order to recognize a new species together with a description, it is necessary to provide holotypes – type specimens of previously unknown animals. These holotypes are subsequently stored in public collections (museums or universities) and, as a rule, are available to everyone for analysis and inspection. 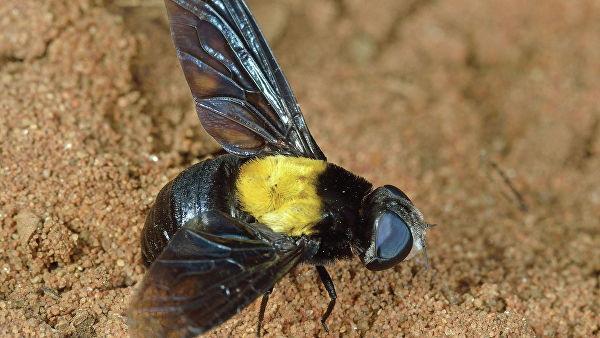 For several decades of studying Marleyimyia xylocopae, entomologists never managed to catch these insects or find their dead bodies. It is known that they live in the territory of the Republic of South Africa, are predominantly daytime living and are probably parasitic on bees, as Marleyimyia xylocopae is always noticed next to carpenter bees (Xylocopa).

In 2015, Sarah Woodfin, a researcher from the University of East Anglia, managed to photograph the Annamian striped rabbit (Nesolagus timminsi), an animal that the scientific world found out only in 1996. Then the British zoologist Rob Timmins discovered in the market in Laos three small striped skins belonging to an unknown member of the hare family. And although three years later the first detailed description of the new species appeared in Nature, no one managed to make images of the animal at that time, and rare researchers observed it only from afar.

After 16 years, Sarah Woodfin not only took a picture of the Annemish striped rabbit, she held it in her arms, weighed it and measured it. So, it became known that the animal is a bit larger than previously thought. He has rather short ears, gray skin, and on the sides and along the muzzle there are dark brown and black stripes. The belly is white, the tail is red.

Representatives of Nesolagus timminsi live in Vietnam and Laos – in the moist forests on the slopes of the Annam Mountains. Little is known about their behavior, habits and diet. Outwardly, they resemble other rare animals – striped hares (Nesolagus netscheri). However, these two species diverged about eight million years ago. 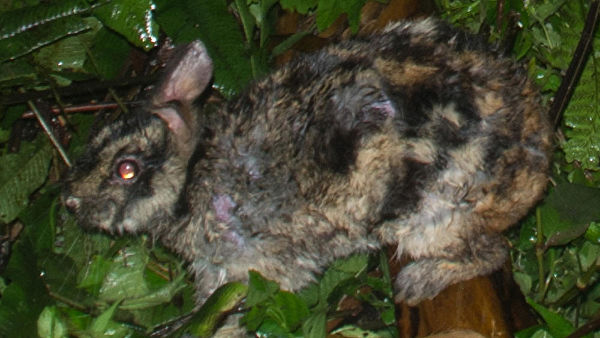 The first video of tastea squirrel (Rheithrosciurus macrotis) – a mammal with the fluffiest tail on the planet (it is 30 percent more than the rest of the body) – scientists managed to get only in 2015. To do this, the researchers placed 35 cameras in different places of the Indonesian Gunung-Palung National Park, located on the island of Borneo. The squirrel got into the frame only a few weeks after the start of the observations. The black and white recording of the animal (the shooting was carried out in the infrared spectrum) lasts only 16 seconds. Prior to this, zoologists have repeatedly tried to take the beast on video or take a picture, but all the images were blurry.

A cystehui squirrel is the least studied representative of the squirrel family. She lives only on the island of Borneo. To see it in its natural habitat is almost impossible. Locals regard the squirrel as a vampire, feeding on the blood of forest deer.

Researchers still do not know what exactly is included in the diet of kiteleuh squirrels. Most likely, these are nuts, fruits, small birds and invertebrates. Scientists suggest that the mammal prefers nuts from the Canarian tree, although how the animal copes with their hard shell is unknown.