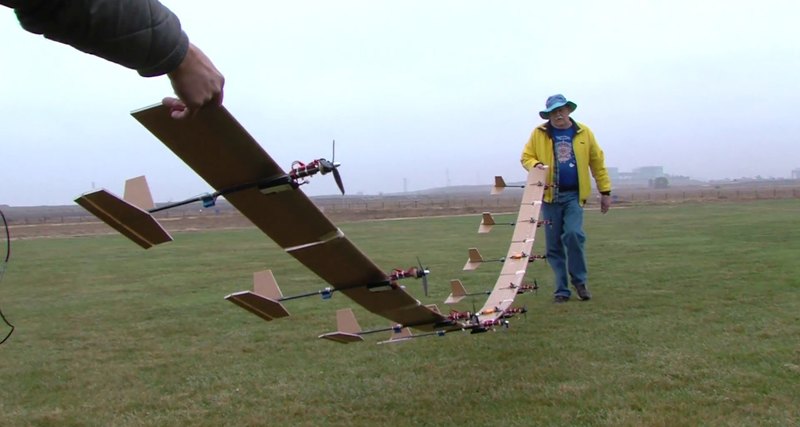 A new invention by a Canadian engineer is a flying drone similar to a Chinese dragon. He is cheap and reliable, and even the birds will envy his flight!

Using inexpensive parts to create drones is a great idea, but with one small drawback: with heavy loads, these drones can literally fall apart. California engineer Ren St. Clair found a way out of this situation and designed an unusual aircraft that dissipates air currents, smoothly bending its wings right in flight.

The inspiration for St. Clair was the existing flexible wings of a private airliner. An engineer named his robot as Flex-Plane, and recently a video demonstrating one of the test flights of the device attracted the attention of Reddit. No wonder – in flight, the drone gracefully flaps its wings, becoming like a mechanical pterodactyl.

Last year, St. Clair has successfully launched a prototype of a flexible drone, but he was not practical and therefore was rather unreliable in the air. The engineer began working on the new model after Boeing launched the amazing Odysseus aircraft, powered by solar panels and able to be in the air for a whole year without a single landing.