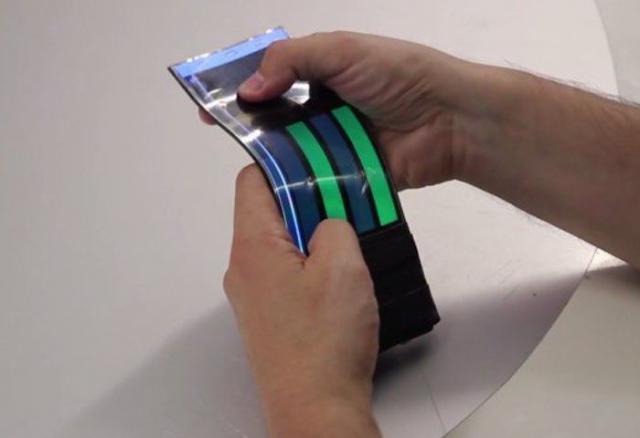 Canadian engineers from Queen’s University, the world’s first flexible smartphone transformed into a musical instrument. The device is called WhammyPhone.

WhammyPhone allows to extract sounds, cranking the smartphone. Thus, it is possible to mimic the play bow on the violin or guitar. Using WhammyPhone you can also easily mix music.

The device has a screen FOLED (Flexible Organic Light Emitting Diode) with a resolution of 1920×1080 pixels. Like the previously presented flexible smartphone ReFlex WhammyPhone has sensors that respond to bending.