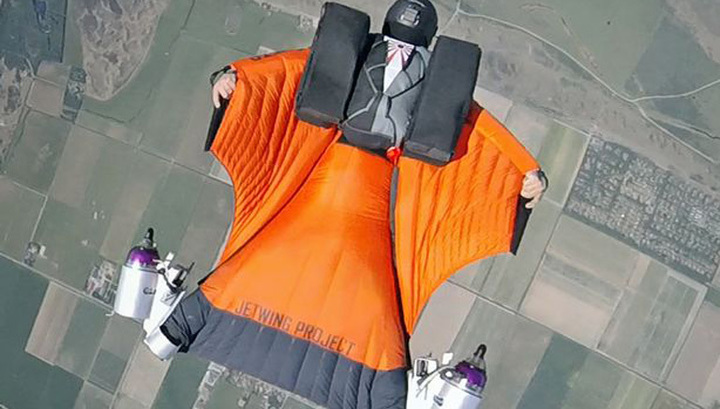 39-year-old extreme from the Dutch city of De Haag jumped from a huge height, attaching to the shoes jet engines. Jarno Cordia said that he was inspired by the image of the Iron Man, the hero of the comics. Over five thousand jumps over the sportsman’s shoulders.

In the frames below, the extremal from the Netherlands jumps from a balloon with 80 kilograms of equipment.

“I really felt like a superhero.” The acceleration that I experienced was incredible, “Cordia said.

According to men, to develop “flying boots” he helped a whole team of engineers. The flight of the extreme lasted three minutes. In the future, he plans to increase this figure to eight minutes.