Flower and wasp frozen together in 30 million year old amber 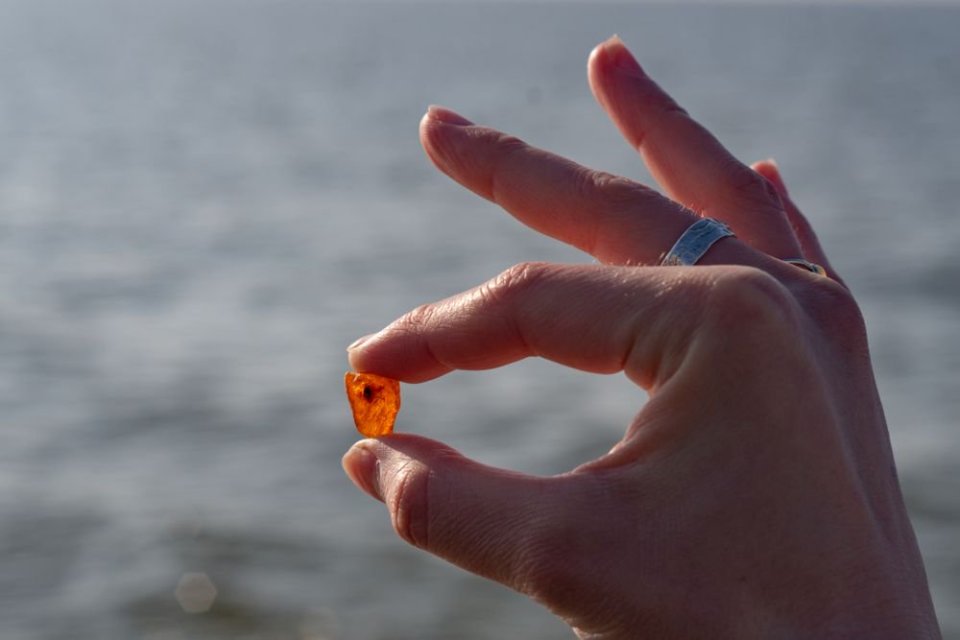 Researchers from the University of Oregon, while studying ancient Dominican amber, made a rare discovery: in one of the pieces of resin that hardened about 30 million years ago, they found a rare fossil flower and a wasp, which together create a real work of art.

According to Phys.org, the uniqueness of the discovery lies precisely in the fact that two rare fossils were frozen next to each other in resin. An ancient flower and a parasitic wasp about 30 million years ago found their grave in a piece of amber. Note that the amber itself was found on the territory of the Dominican Republic.

A flower on a long stem, as shown by a study, belongs to an extensive family of euphorbiaceae, whose representatives grow all over the world. For example, 1800 species of these plants are still found in the tropical regions of America.

At the same time, fossil flowers of representatives of this family are quite rare. The found fossil was only the second in the entire history of observations. The first such flower was discovered earlier in the sedimentary deposits of the state of Tennessee in the USA. Moreover, both plants belong to the same family, but to different species. The flower found in amber was named Plukenetia minima. Experts have established that at the time of its death it was already a mature plant.

The wasp frozen next to the flower also belongs to a new species, but it was described back in 2020 by the same researchers. The species was named Hambletonia dominicana. Representatives of this species belonged to the group of wasps-encertids, which, according to scientists, attacked many different insects.

The scientists also note in their paper, published in the journal Historical Biology, that the flower had already blossomed by the time the resin enveloped it. It contains four maturing seed capsules, one of which also contained a developing fly larva.

“In many cases, unrelated organisms just happen to be buried together in amber,” says lead author George Poinar, Jr. “But I feel that in this case, the wasp flew up to the flower, either to extract nectar or to try to lay an egg on the capsule, containing a fly larva”.