Fly laid an egg right in the forehead of a woman 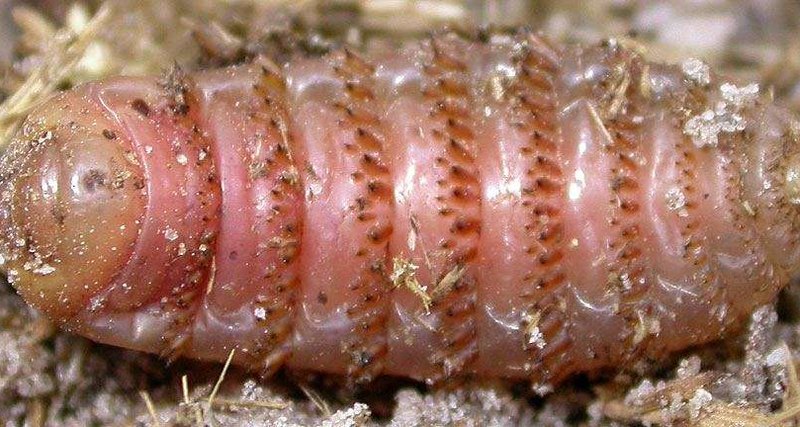 This extravagant discovery ended the journey to Uganda for a 55-year-old British tourist. Nothing threatens the life and health of a woman, and doctors have the opportunity to discuss the details of an infrequent incident.

During a trip through the rainforest, a woman seemed to be bitten by some insect, after which a swelling appeared at the bite site, which was noticeably aching. Arriving at relatively civilized places, the lady turned to local doctors, who prescribed some medications for her, but did not seriously analyze the situation.

Upon returning to England, the pain intensified and the lady went to the doctors again. The survey revealed that a larva of some tropical insect lives under the patient’s skin. Doctors smeared the wound with petroleum jelly so that the parasite, in an attempt to breathe, climbed out, or at least got close to the exit. After that, the larva was removed, and the patient was sent for an ultrasound study, which showed that communication with medicine should be continued – there are still larvae under the skin that need to be removed. In the hospital, the woman spent four days, after which she was safely discharged.

The first larva was sent to the London School of Tropical Medicine, where they identified the larva of the tropical fly Cordylobia rodhaini, also known as the Lund fly, in honor of the officer who had once become the first European to be in a similar situation. The fly is common in the African rainforest and the larval stage of its life spends as a parasite of large mammals.

Cases like this are recorded infrequently – once every few years. Details are described in an article published in BMJ Case Reports.