“Flying saucer” is just days away from its maiden flight

“The one-person flying saucer is currently being tested with cables, and its first free flight is just weeks away.

The CEO of the company that designed and built the VTOL flying saucer with a one-person crew also claims that flights with real human pilots will take place “within three to six months, maybe even less.”

Flying cars were promised back in the 1950s, but as of 2021 they still belong in the world of science fiction. Some are close and others are coming, though they are more like controlled airplanes than flying cars, especially when it comes to FAA regulations.

Thanks to improvements in battery power and flight technology, vertical takeoff and landing (VTOL) drones specifically designed to carry people are coming to the fore. 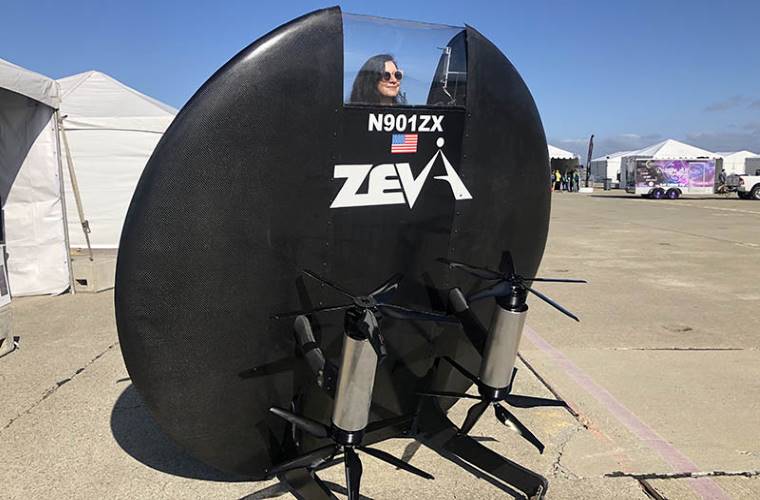 In fact, some of these “urban cabs” are getting closer to making private air travel more real. Joby Aviation’s website says more than 1,000 test flights over ten years for their private VTOL aircraft, and that “we are now engaged in a multi-year test program with the FAA to certify our vehicle for commercial operations.”

Few aircraft profiles are as familiar as the classic flying saucer. Regardless of the actual accuracy of shape or flight characteristics relative to the various UFOs or UAVs witnessed by civilians and military alike, the human-controlled flying saucer now has a real working prototype. When properly controlled, the human lies face down and rushes through the sky like Superman.

Created by Zeva Aero, founded in 2017 for the Boeing GoFly competition, this flying saucer is capable of speeds of 160 miles per hour with one person on board. Currently, battery technology and major design issues limit flight to a distance of only fifty miles. However, the company hopes to expand this range and is conducting an online investment campaign to improve and certify its vehicles for real-world flying.

The company notes that the urban air cab market is crowded, and it may require significant financial support to obtain safety certification. But CEO Steven Tibbitts noted in a recent interview with New Atlas that this is the last market where they hope to sell their flying saucer, and he sees first-time customers as first responders, military applications, and applications for less urbanized areas.

“We’re seeing extreme interest in rural areas, and especially in countries like Indonesia,” Tibbits said. “They have 17,000 islands, many of which have no infrastructure at all, and they like the idea of being able to move people this way.” 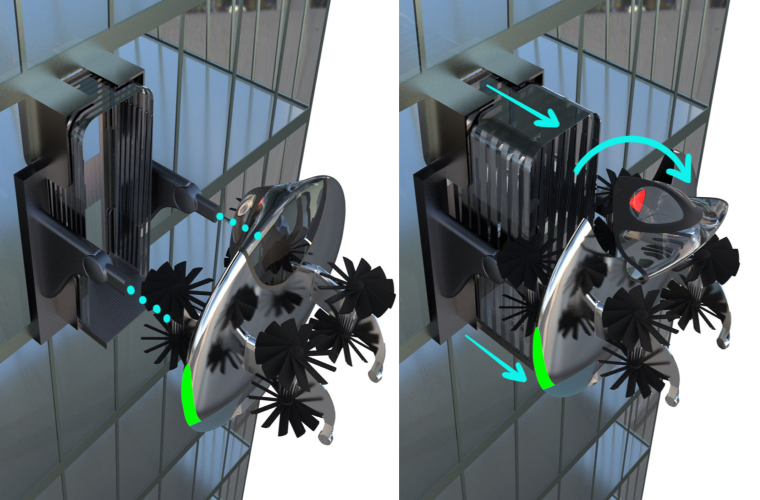 In the same interview, Tibbitts notes that the dawn of individual air travel using such technology is just around the corner, and that in urban environments, space on top of buildings will be particularly difficult to share.

“We think that when UAM space starts to develop, rooftops are going to be at a premium,” Tibbitts says. Monopolists will come in there, get all the lucrative rooftop leases early on, and dominate those rooftops with their services.”

As a new solution, his company’s designers came up with a clip that allows the flying saucer to hang on the roof of the building until its next use. Of course, like the method of travel, which involves flying face down like Superman, this method of keeping a unique vehicle has caused Tibbitts to summon another superhero. “Who doesn’t want to jump Batman off the roof of a building?”