Footprints of children who played in mud 16,500 years ago discovered in Cantabrian cave 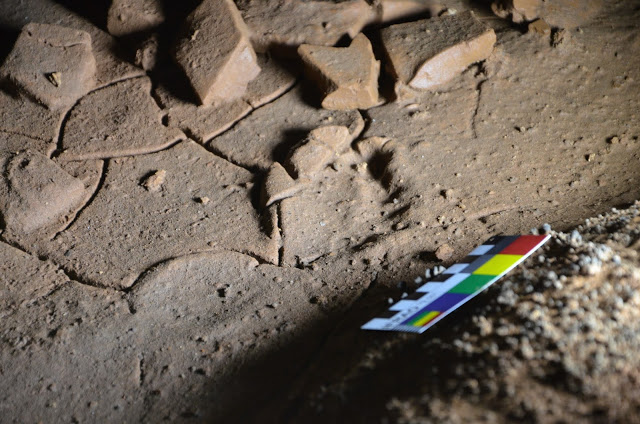 When a small group of children ran around in the mud in this prehistoric cave, they left footprints that were almost unchanged on the soft earth — until they were discovered recently, an incredible 16,500 years later.

The Vice President of the Government of Cantabria, Pablo Zuloaga, together with Roberto Ontañon, director of the Cantabrian Caves and MUPAC, and Pablo Arias, professor of history at the University of Cantabria and researcher, announced today the “extraordinary discovery” of 14 Paleolithic child footprints in the La Garma archaeological area, which are in an exceptional state of preservation.

This discovery “places Cantabria at the epicenter of scientific and archaeological research” and reinforces La Garma “as one of the most important places in the world to study human behavior during the Paleolithic period,” according to Zuloaga, who affirmed the commitment of the executive branch, through the General Directorate of Heritage, to the ongoing research work and the dissemination of its results.

Ontañon and Arias, who have also co-directed research at the site for the past 25 years, agreed that La Garma “is a continuous series of surprises” and “an inexhaustible source of discovery,” and they are convinced that the site will still offer “many archaeological joys.”

“La Garma is now the most important place in the world for the study of late Paleolithic hunters; nowhere else is there such quality and diversity of remains as in La Garma,” Arias said.

Roberto Ontañon explained that the exploration of this new site of La Garma “has only just begun” because, due to the extreme fragility of the evidence found, the research team was limited to the initial photographic documentation that was presented today and will soon begin documenting this new archaeological evidence using geomatic techniques, such as laser scanner topographic survey, photogrammetry, high-resolution photography and 3D reconstruction of the site, to study it.

With this discovery, La Garma has established itself as one of the most important places in the world to study human behavior in the Paleolithic era, because, in addition to an important group of cave art sites and Magdalena stands and structures, for which it was declared a World Heritage Site by UNESCO in 2008.

The find was made in a new gallery, which until now had gone unnoticed because of its location in a very elevated area, about 25 meters above the lower gallery, which is very difficult to reach and was not visible. It is 3 to 4 meters high and about 6 meters wide.

According to Ontagnon, last February, researcher Marian Cueto, while working in the Weitzman-Kreger Gallery, noticed a possible access a few meters above Area VII of the Lower Gallery. 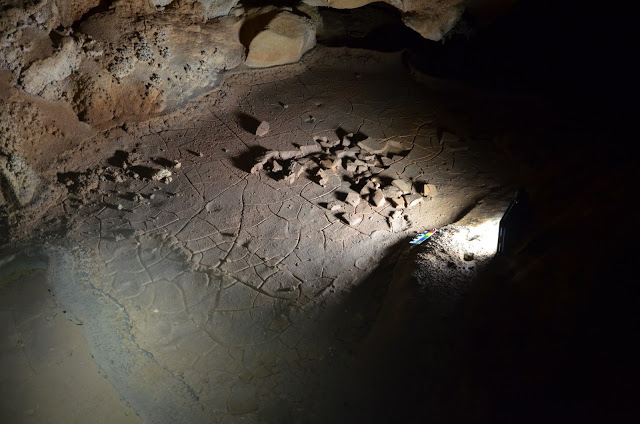 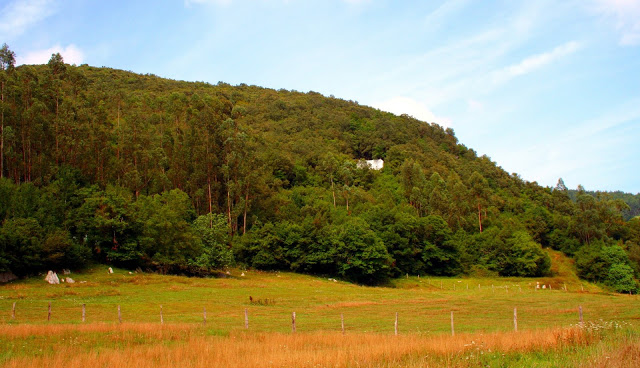 On April 9, Ontañon, with technical support from speleologists Alfredo Corral de Miguel and Ana Varela Fernandez of the Espeleológico Abrigo Club, began to explore the gallery and, following a difficult route, they reached the gallery, located in a very deep part of the cave, in a sector of clay soil where they noticed that some clay segments were removed, movements that, in principle, they attributed to an animal like a bear.

Approaching the object for a more detailed study, the researchers found that the edges of the depressions had human fingerprints, placed vertically.

The MUPAC director said that upon closer examination he found first a small print of a bare foot, and then the rest, 14 prints in total, 18 cm long from toe to heel, which corresponds to children aged 6 to 7 years.

In addition, they found footprints only from the heel, other footprints may be from the elbow, which, along with the movements of the ground, they believe may be due to the fact that a child or group of children played on a soft ground surface where it is easy to leave footprints.

To date, very few remains of this type of behavior are known, and those that exist, such as those in the Touc d’Audoubert cave in the French Pyrenees, date to the same period as those found in La Garma.