For the first time in 100 years, archaeologists unearth Viking ship 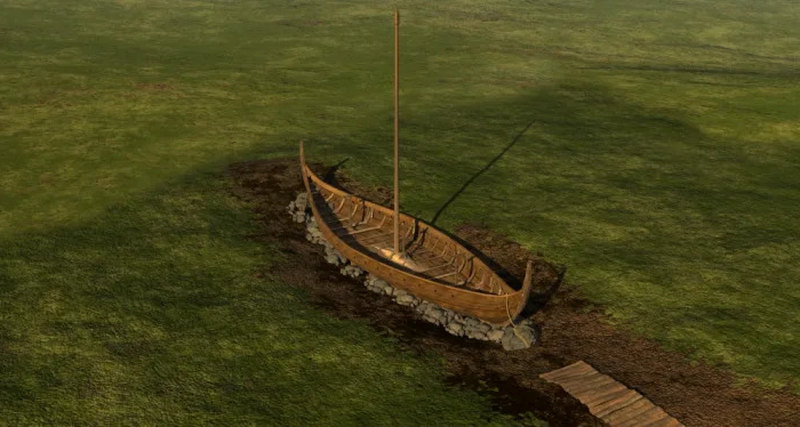 For the first time in a century, archaeologists are lucky enough to dig a Viking ship. The unique artifact is affected by the fungus, so it will have to act very quickly.

In June this year, archaeologists from the Norwegian Institute for Cultural Heritage Research (NIKU) will begin excavations on the ship Gjellestad. It was discovered in 2018 and is only half a meter below the surface of the earth on a farm in County Estall, Norway. The length of the vessel is approximately 20 meters, and the age is about 1200 years, although the dating is still approximate.

“Monumental grave ships, such as Gjellestad, were built for the most influential people who lived in southern Norway during the Viking era,” experts write. The ship itself was discovered in what remained of the mound, so this place was most likely a Viking cemetery centuries ago. Due to the fact that the Viking culture was closely connected with ships, leaders and simply noble people were most often buried in specially built courts.

However, everything is not so rosy. As tests showed, the keel of the ship was exposed to the aggressive action of a fungus that devours ancient wood. “It becomes obvious that in the current conditions the ship will not exist for very long,” the scientists explain. In addition, tough measures taken in connection with the coronavirus pandemic complicate the work: workers will have to maintain a distance of one meter, and each participant in the excavation will need their own set of equipment.

However, archaeologists are enthusiastic. The previous excavations of the Viking ships were carried out in 1868, 1880 and 1904, when scientists were not armed with modern instruments and research methods. So, as a result, we can obtain unique data that will help us take a fresh look at the history and culture of the northern peoples.