For the first time recorded a double ocean whirlwind 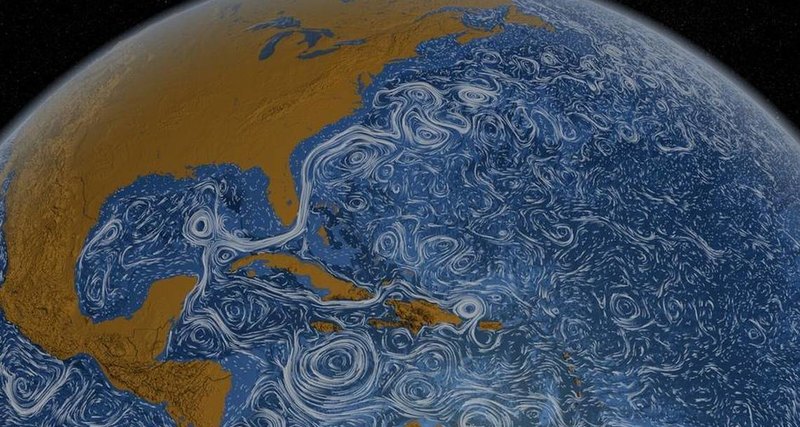 The Tasman Sea is drifted by two giant whirlpools connected to each other, the existence of which was previously confirmed only by hydrodynamic calculations.

Oceanic vortices form when a part of the current separates from the main stream and forms a ring-ring current with a fixed mass of water in the center. Such vortexes are quite common; they are the cause of the appearance in the cold parts of the ocean of fish and plankton, which usually live in warm southern waters.

Theorists have long predicted the existence of double vortices, but to observe them in nature has not yet been possible.

A double vortex, one part of which moves clockwise and the other opposite, was found in the Tasman Sea, south of Australia. The way through the Tasman Sea near the double whirlwind takes six months. It moves ten times faster than ordinary single rings. The direction of its movement is also unusual. The ocean as a whole flows from east to west; this direction is given by the rotation of the Earth. But the double vortex moves from west to east.

The existence of such double rings can lead to atypical mixing of water in the ocean and the migration of living organisms, says oceanographer Chris Hughes of Liverpool University.

After scientists drew attention to a double whirlwind in the Tasman Sea, they turned to the old archives. An analysis of satellite data from previous years has shown that since 1993 their cameras have registered as many as 9 such phenomena: eight in Australian poberezhye. and one to the south-west of the southern tip of Africa.