For the machine-gunners created a special exoskeleton 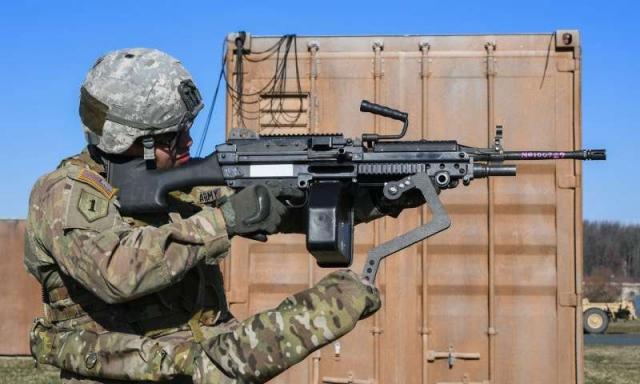 Specialists from the US Army Research Laboratory developed a third “hand” for soldiers.

An exoskeleton called Third Arm (“Third Hand”) allows you to hold a manual machine gun M249 weighing 8 kg. The invention was tested on a test site in Maryland on March 14, 2018.

According to the developer of the third “hand” Dan Bichla, the device does not require a battery to work, it is light, but at the same time can support heavy weapons. The device unloads the soldiers’ hands and allows for more targeted fire.

Third Arm weighs less than 2 kilograms. The US military was testing an exoskeleton with M249 and M240B machine guns. At the moment, the development is at the stage of the prototype.