For the purification of Mayan water, the mineral zeolite was used. It is still used in filters. 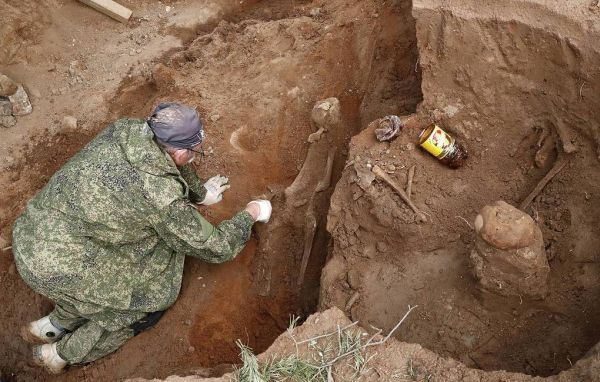 On the territory of one of the largest Mayan cities, archaeologists have found complex water filters based on zeolites – porous minerals that are used to purify water today. The results of the work were published in the scientific journal Scientific Reports.

“Most likely, some observant resident of Tikal noticed that the water that flows next to the deposits of this mineral was clean. Therefore, the Indians spent a lot of effort to bring it to the city. When the Mayans placed it at the entrance to the reservoir, and tried the water , they realized that it became cleaner and tastier, “- said one of the authors of the work, associate professor at the University of Cincinnati (USA) Christopher Carr.

The Mayan civilization existed for several millennia. After it, many empty cities and cultural monuments remained on the Yucatan Peninsula. The Maya culture disappeared from the face of the Earth around the ninth century: then the inhabitants simply left most of the city-states. Scientists still don’t know why this happened.

Many researchers suggest that climatic factors influenced this: for example, a series of prolonged droughts. This is supported by large reservoirs and canal systems, which in 2012 were found on the territory of one of the largest Indian cities, Tikal. On the other hand, archaeologists have recently found hints that the collapse of the Mayan culture may have caused political conflicts between the Indian poleis.

In their new study, Carr and his colleagues accidentally found out that the Maya not only created a very complex reservoir system, but also equipped it with almost modern filters. The researchers came to this conclusion by studying the reservoirs for water, which are located in the territory of Tikal. At first, scientists were simply trying to understand how the water level changed in these vaults and how the Indians maintained their full functioning.

Near the entrance to one of these reservoirs, archaeologists have discovered an almost three-meter block of alternating layers of sand and other minerals. It turned out that this is zeolite – a porous material that is still used today for the production of filters.

Scientists were surprised at this, because in the immediate vicinity of Tikal there are no deposits of such minerals. Later, one of the participants in the excavation, professor at the University of Cincinnati, Nicholas Dunning, recalled that he had already seen a similar mineral 30 kilometers northwest of the city.

“There are quite badly destroyed blocks of volcanic tuff, which are composed of quartz and zeolite, come to the surface. A lot of water seeps through them. Workers often collected it in bottles and drank it. Locals praise this spring for its exceptionally clean and tasty water,” explained Dunning …

The isotopic and chemical composition of the zeolite samples from this site and Tikal was found to be identical. That is, almost two thousand years ago, water purification systems played such a huge role in the life of Tikal that the Indians delivered the zeolite over such a fairly long distance.

“Many believe that the ancient Indians were not as advanced as the ancient Greeks, Romans, Indians or Chinese. But if you look at the level of development of water supply and water treatment systems, the Maya were thousands of years ahead of all other peoples of the Earth,” the scientists summed up.