Fossil birds did not incubate eggs 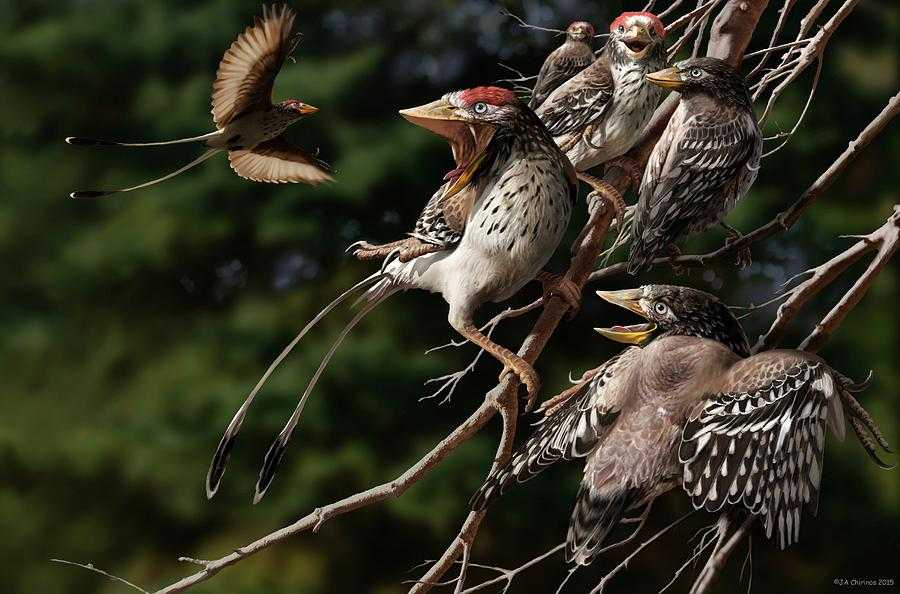 The first birds laid their eggs and left the masonry, and if they remained at the nest, it is more likely to protect eggs and chicks than to warm them with their warmth. This conclusion was made by two paleontologists, German and British, who published their results in the Journal of Evolutionary Biology.

It is difficult to study the reproduction and development of fossil birds and their relatives – dinosaurs mainly because of the petrified remains of chicks in the egg, it is almost impossible to establish a species identity, and therefore it is impossible to compare the size of eggs with the size of adult animals.

Such problems are also faced by the authors of the new work, specialists in the Mesozoic fauna by Charles Dimin and Gerald Mayr. These scientists were interested in the evolutionary history of hatching eggs – a behavior that is widespread among modern birds, and sometimes occurs in reptiles. In order for an animal to incubate eggs, several conditions must be met, and the most important of them is the technical possibility of incubation. If the adult bird is too heavy, and the shell is not strong enough, the parent will crush the masonry. The impossibility of determining the species of the unhatched chick makes it difficult to correlate the size and material of the eggs and the mass of adults, so Dimin and Maer had to resort to an analysis of the indirect data.

Scientists relied on the calculation of the body weight of 21 species of extinct birds that lived in the Mesozoic era (from 250 to 24 million years ago), as well as their own calculation of the size of their eggs and the data on the structure of the shell, obtained from the histological analysis of fossils. The scientists estimated the minimum diameter of eggs according to the distance between the pelvic bones, which was slightly less in birds of the Mesozoic era than in the modern ones. The estimation of the average for fossil birds ratio of the length and breadth of the egg made it possible to obtain an idea of ​​the mass of the eggs themselves; together with calculations of the strength of the shell, these data allowed scientists to conclude that fossil birds could not breed their chicks; some of them were 10-30% heavier than the maximum weight that could withstand the shell.

If the conclusions of Dimin and Meir are true, it means that the birds have learned to sit eggs warming them with the heat of their bodies, relatively recently, a hundred million years after the first birds appeared. Recently, scientists have found out one more detail about the life of ancient birds: Archeopteryx, the “transition link” between dinosaurs and birds, was capable of a real flight. True, he waved his wings in a way that none of the living birds do now.