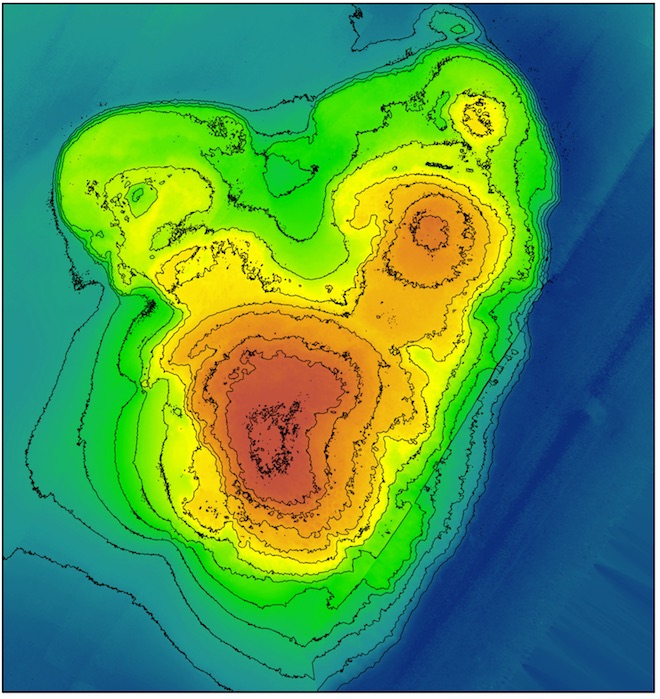 The scientists found that the sea level on the Earth did not increase gradually, but by sharp leaps, when glaciers of the planet melted during global warming at the end of the last ice age. Fossil evidence found in sunken reefs off the coast of Texas, showed that the growth occurred in several stages, the duration of which ranged from several decades to one century.

“Fossil reefs show that the last time the Earth was heated, as today, the sea level was not constantly growing. At first he rose quite quickly, then stopped, and then a jump occurred again, and so on. The results obtained are of great importance for the future study of sea level rise, “said marine geologist André Drochsler.

In the absence of concrete evidence of a step-like rise in sea level on a decade scale, the researchers had no choice but to present the risks of sea level rise in a linear format for the year, Drucksler explained. For example, the International Panel of Experts on Climate Change simply took projected growth over a century, divided by 100 and said: “We expect that the sea level will grow by as much as one unit per year.”

“Given that more than half a billion people live within a few meters of the sea, a spasmodic increase in its level represents a special risk for those communities that a sudden flood can take unawares,” said geologist Jeff Nitruer.

“In our time, we are seeing how the sea level increases gradually. However, the results of the study show that this can happen much faster, and the coastal communities should be ready for sudden flooding. ” Evidence of this development was obtained during the 2012 sea expedition. The lead author of the study, André Drochsler and his team used a multi-beam sounder to display 10 sites of fossil reefs off the coast of Texas. The sounder is a modern sonar that allows you to obtain three-dimensional images of the seabed in high resolution.

Fossil reefs are located 50-80 km from the coast of the city of Corpus Christi at a depth of 60 m. Sunlight does not penetrate to such a depth, but as corals live in symbiosis with algae, they need sunlight and should be located close enough to the sea surface. Based on previous studies of the Texas coast during the last ice age, as well as the age of fossil specimens collected on reefs during previous expeditions, the team suggested that reefs began to form around 19,000 years ago when ice caps and glaciers melted, causing global growth sea ​​level.

“The history of the development and death of coral reefs has been preserved in their morphology – the outlines and forms that they have acquired. And the three-dimensional high-resolution visualization system allowed us to see these forms for the first time in unusual details, “say the scientists.

Reefs with ledges were found in all parts of the study area. According to the authors, these ledges, similar to the staircase, are typical of coral reefs and are a sign of rising sea level. For example, a reef can develop so quickly only if it grows near the surface of the water. If the sea level rises too fast, the reef will be flooded and cease to grow, but if the sea rises a little more slowly, the reef may adopt a retreat strategy. In this case, incoming waves break up on its side facing the ocean, forming a vertical ledge.

“Each of these ledges shows how the reef has adapted to the sudden rise in sea level. The ledges in front of each step are parts of the reef that grew and filled during pauses between jumps at sea level. ”

Previously, scientists assumed that continental ice can quickly retreat and when there are turning points, when a large amount of ice is suddenly released into the global oceans, a sharp rise in global sea level is possible. Now the first evidence of sea level rise has been obtained on a time scale, from a decade to a century.

It is expected that additional fossil evidence of a step-like rise in sea level will be found around the world. “Based on what we have found, it is possible that sea level rise over ten-year time scales will be a key story in future climate forecasts,” the authors emphasized.