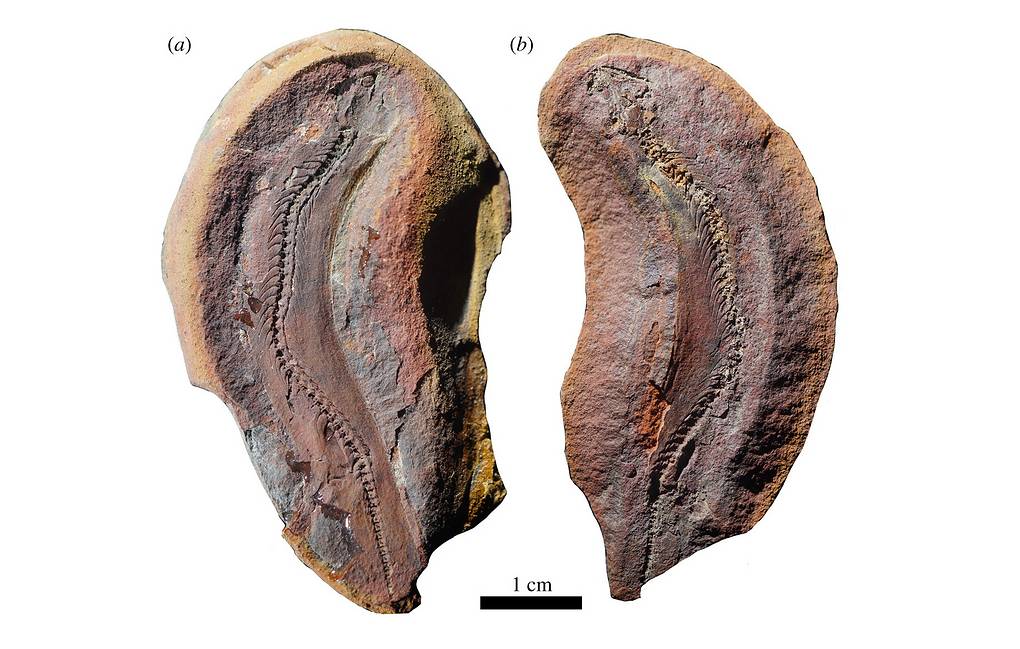 In Illinois, paleontologists have discovered the fossilized remains of a new type of microsaur, the size of a finger, that lived 308 million years ago. The research was published by the scientific journal Royal Society Open Science.

Scientists have named the microsaurus Joermungandr bolti, after Jormungand, a giant sea serpent from Norse mythology. The size of the fossil itself was about 5 cm.

The fossil is well preserved: for example, scientists have found particles of scales – this microsaur differs from previous finds. In addition, Joermungandr bolti had a strong skull and an elongated body, which is why scientists assumed that he was able to dig holes in the ground.

The find gives paleontologists an opportunity to better understand the habits of these lizard-like animals. The discovery sheds light on the evolution of various animal groups, including amphibians and reptiles. Scientists admit that microsaurs could be relatives of the latter.

“Microsaurs have recently become of great importance in understanding the origin of amniotes. Many representatives of microsaurs were believed to be the ancestors of either amphibians or reptiles,” one of the study’s authors, Arjan Mann, told Agence France-Presse.

Amniotes are the common ancestors of modern mammals and reptiles. They appeared on the planet during the Carboniferous period (Carboniferous), which began more than 350 million years ago. Microsaurs lived in the same geological period.