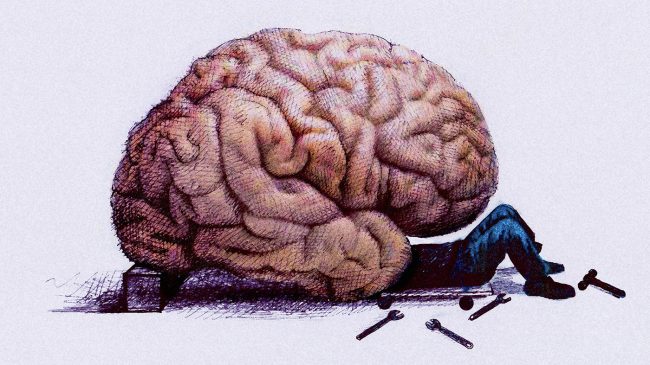 More than 60 years ago, Francis Crick and James Watson discovered the double helix structure of deoxyribonucleic acid – known as DNA. Today for a mere penny, you can sequester your own DNA and learn about your ancestors and problems. Nevertheless, although the transfer of DNA from parents to children is the biological basis of heredity, we still know relatively little about the specific genes that make us who we are.

The situation is changing rapidly, thanks to the research of genomics – shortly their association is called GWAS (genome-wide association studies). These studies look for differences in the genetic makeup of people – their “genotypes” – which correlate with differences in their observable traits, their “phenotypes”. In a recently published GWAS in Nature Genetics, a group of scientists from around the world analyzed DNA sequences of 78,308 people in search of correlations with the general level of intelligence measured using IQ tests.

The main goal of the study was to identify single nucleotide polymorphisms – or SNP – that significantly correlated with the results of the intelligence tests. DNA, which is present in most cells throughout the body, consists of four nucleotide molecules, which are designated by their organic base: cytosine (C), thymine (T), adenine (A) and guanine (D). Inside the cell, DNA is organized into structures called chromosomes. People usually have 23 pairs of chromosomes, one in each pair inherited from each parent.

Mononucleotide polymorphism, SNP (or “snipp”), is a nucleotide in a certain region of chromosomes, which can vary among humans. For example, one person may have a nucleotide triplet of TAC, and another TCC, and this variant can contribute to manifestations of differences between people in such features as intelligence. Genes consist of much longer nucleotide sequences and act as instructions for creating proteins – the basic building blocks of life.

Of the more than 12 million analyzed by the SNP, 336 largely correlated with intelligence, suggesting 22 different genes. One of the genes involved in the regulation of neuronal growth; The other is associated with mental incapacity and cerebral malformation. In sum, the SNP accounted for about 5% of the differences between people in intelligence – this is twice as much as the previous GWAS in the field of intelligence. In total, scientists identified about 30 genes related to intelligence.

By checking the replicability of their results, the researchers checked the correlation between 336 SNP and the level of education – a variable that is known to be highly correlated with intelligence – in an independent sample of nearly 200,000 people who had previously undergone DNA testing. In 99% of cases, SNP correlated with education to the same extent, in which it was correlated with intelligence. This finding helped to eliminate fears that SNPs related to intelligence gave false results – to remove randomness. The authors concluded that the results “provide the starting point for understanding the molecular neurobiological mechanisms governing the intellect, one of the most researched traits of a human being.”

Of course, intellect can not be called a pure product of DNA – and no scientist who studies intellect will think of such a thing. The environment has a strong influence on the development of intelligence or any other psychological trait. At the same time, knowledge gained from research in molecular genetics may one day be useful for identifying children at risk of developing serious intellectual deficiencies and for which early interventions can reduce risk. This study also provides a scientific basis for understanding how to manipulate the brain to enhance intelligence.

Studies of the neurobiological pillars of intellect and other psychological features inflate heated debates on the topic of “heredity or upbringing” and at the same time can put an end to them. We are the product of our environment and genetics, the close relationship of both. Studies that lead to a better understanding of this game will provide scientists with a deep understanding of the similarities and differences in our psychological structure.