Found a genetic mutation that prolongs life by 23% 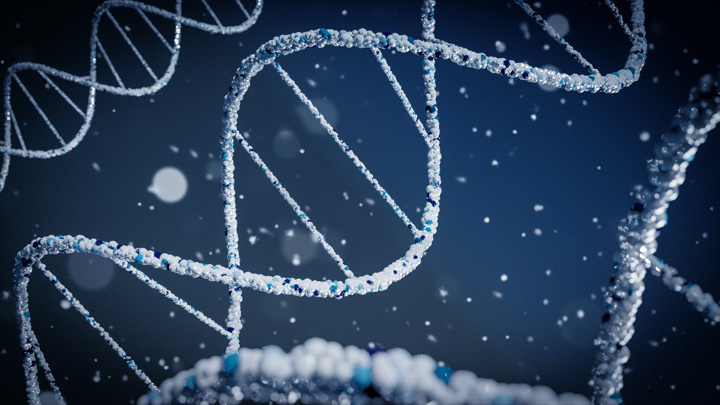 The bacteria found in hydrothermal vents at the bottom of the oceans fascinate scientists with their ability to survive in the harshest conditions, for example, in the absence of oxygen or at temperatures in excess of 100 ° C.

Such organisms are called extremophiles, and researchers carefully study them to understand the reason for their phenomenal vitality.

It turns out that one of the reasons for this is a genetic mutation that allows these microorganisms to synthesize proteins without error. By endowing the same mutation with fruit flies, roundworms and yeast, the researchers saw that the lifespan of these organisms increased markedly.

The authors of the study suggest that they have found a previously unknown factor responsible for the aging of organisms. This discovery can be used to create new drugs that prolong life and ensure healthy aging.

Previous research on aging has focused on the negative effects of accumulated mutations in genes on health. Recall that the genes encoded “instructions” for the production of vital molecules, including protein.

The new work, in turn, examines errors that occur at the stage of protein synthesis (building). These mistakes lead to the creation of abnormal protein structures.

A well-known example of this “improper” synthesis is amyloid plaques, which are believed to be the main cause of neurodegenerative diseases such as Alzheimer’s disease.

Protein is synthesized from amino acids, and the key “machine” in this process is the ribosomes, which are part of all living cells. The ribosome synthesizes protein by moving along the messenger RNA molecule, which carries information about how the protein is to be assembled.

When an error creeps into the process of this “printing”, the same “defective” protein can be produced at the output. Cells know how to find such proteins and get rid of them before they harm the body, but with age, their vigilance inevitably weakens, which is reflected in the development of all kinds of diseases.

There is a part in the ribosome that is important for proper translation (protein synthesis) – the amino acid RPS23. In most organisms, this protein is present invariably. However, the researchers noticed that in unicellular extremophile organisms – archaea – there is a mutation in the gene encoding this amino acid.

Using CRISPR technology, the scientists introduced this mutation into the DNA of the yeast Schizosaccharomyces pombe, the roundworm Caenorhabditis elegans, and the fruit flies of Drosophila.

As a result, the mutant organisms have much less “defective” proteins, and they have become more resistant to high temperatures.

But most importantly, the lifespan of all these different organisms has increased by 9-23%. The mutants also looked much healthier than their normal counterparts: genetically modified flies crawled much more actively, and worms produced more offspring.

However, the new mutation, with all its benefits, also slowed the growth of the modified organisms. In the wild, this would quickly put them on the brink of extinction, as they would be supplanted by larger rivals.

Scientists note that if this mutation were beneficial for all living organisms, it would also occur in other creatures besides archaea. Perhaps this genetic advantage is only beneficial under the extreme conditions to which these single-celled organisms have adapted.

Better translation of proteins could explain the life-prolonging effects of some existing drugs. Researchers have found that the antibiotic rapamycin reduces errors in protein synthesis in the body. However, a number of serious side effects, including immune suppression and the risk of infections, preclude its use as the “elixir of life”.

The new study has been published in the scientific journal Cell Metabolism.

Scientists plan to continue looking for similar beneficial mutations in the genomes of organisms other than archaea. It remains to be hoped that they will find even more successful gene variations that prolong life.