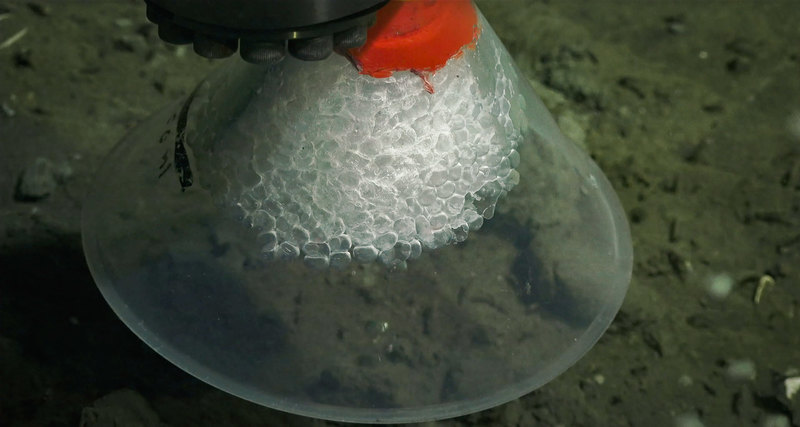 A group of researchers studying methane hydrate, or as it is also called flammable ice, in the cold and dark depths of the Sea of ​​Japan, discovered microscopic creatures that perfectly exist in adverse living conditions.

According to a press release from the University of Aberdeen, microbial colonies were found inside oil and water bubbles in frozen layers of flammable ice.

Dr. Glen Snyder, lead author of an article published in Scientific Reports, noticed an unusual powdery substance when he melted a piece of methane hydrate. The powder consisted of tiny spherical structures with dark cores.

Using special analysis methods developed at the University of Aberdeen, Dr. Stephen Bowden found that the oil was broken down by microorganisms in methane hydrate: “In combination with other evidence gathered by my colleagues, the analysis showed that life can flourish even at almost sub-zero temperatures and extremely high pressures, using only heavy oil and salt water as food. ”

Scientists said that the discovery was yet another proof that life can exist in extreme conditions, including, hypothetically, on other planets.