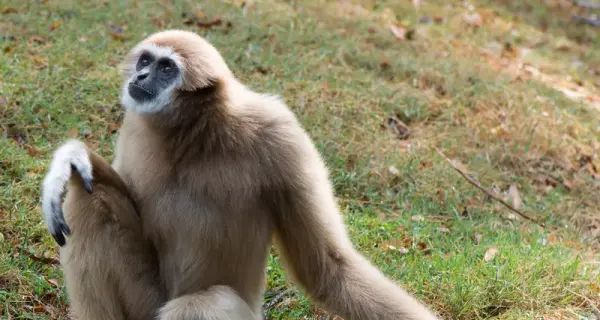 Paleontologists have discovered a new ancestral species of modern gibbons. This new fossil allows us to trace the evolution of monkeys and to clarify the timing of their migration from Africa to Asia.

Researchers from Arizona State University excavated in India and in 2015, by a happy coincidence, discovered a tooth of an animal of a previously unknown species and genus. By analyzing the fossil, paleontologists have gained a lot of important information about the new primate. It was named Kapi ramnagarensis in honor of the city of Ramnagar, near which the find was made. The researchers published an article in the journal Proceedings of the Royal Society B that describes the fossil found.

It took researchers five years to thoroughly describe the tooth and make sure it belongs to a new species. It took a considerable amount of time to determine the exact place of the new species in the monkey family tree. The molar was photographed and computed tomography scanned, and compared with dental samples from living and extinct monkeys to reveal important similarities and differences in their anatomy.

As a result, the researchers found compelling evidence that the owner of the tooth is a direct relative of gibbons. The age of the find is 13 million years, from which scientists have concluded that the new species is the most ancient ancestor of gibbons, since until now the most ancient representatives of this family date back to seven million years ago.

In addition, the age of the fossil tooth matches the age of the remains of some great apes that migrated from Africa to Asia around this time. This means that gibbons changed their region of residence along with other great apes, since their migration took place at the same time and through the same places. The discovery will help scientists better understand the evolutionary history of primates and more accurately track their migrations, which ultimately led to the settlement by humans and monkeys of a significant part of the land.