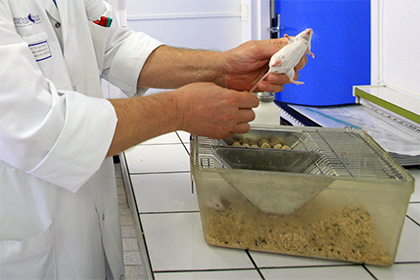 Genetics at the University of California improved technology for genome editing CRISPR/Cas9. A new method called CRISPR-EZ, and it allows you to insert in the genomes of mouse embryos new DNA molecule with almost hundred percent success.

The essence of the new approach is the use of electroporation. To system CRISPR/Cas9 has had the opportunity to make changes in DNA, it is inserted through a microscopic needle into a fertilized egg. A small electrical charge allows you to make a fine hole in the membrane through which molecules of the system fall into the cage.

In their experiment, the scientists were able to make a mutation in a gene in 88% of mice. This number exceeds the number of genetically modified mice, obtained using the method of CRISPR-edit, which uses conventional injection. According to scientists, their development can significantly improve the viability of the embryos sometimes die due to the genetic manipulations or are born with disabilities.

CRISPR-EZ allows you to reduce expenses effort and time in obtaining the mice with knocked out (defective) genes.

To create transgenic animals using in vitro fertilization. First female with the help of hormonal injections ready to mate, after which scientists recovered a fertilized egg. In them through a thin needle enter the system CRISPR/Cas9. It consists of two types of RNA molecules — RNA, which encodes a protein called cas9, and hidaway RNA, which connects to a portion of a gene of the mouse and indicates cas9 where to make the cut DNA.