Found a way of diagnosing lung cancer in exhaled air 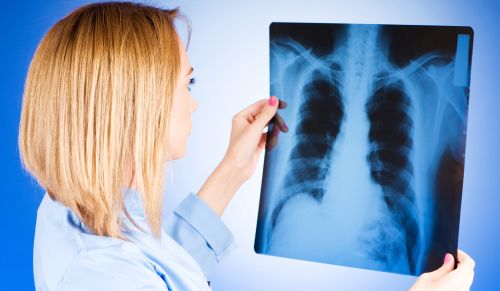 Diagnostic medicine and prevention is perhaps one of the most important areas. After all, any disease is much better to treatment if detected early. This is especially true of such terrible diseases as cancer. But there is one problem: generally, neoplastic processes recognized already at the time of formation of a sufficiently large region of the lesion, and the tests to detect the disease at early stages rather costly. But recently a group of Russian researchers managed to create a device that can detect lung cancer just by the composition of the exhaled air.

For the development of the device corresponds to the Russian advanced research Foundation (DRF). The breath analyzer allows to detect in the exhaled air very low concentrations of certain substances, which may indicate the presence of tumors, such as, for example, the breakdown products of tissues. It’s lung cancer was not chosen by chance: the fact that this is, first, one of the most life-threatening conditions, and secondly, that lung cancer often recognize only at a later stage. As stated in the message of the FPI,

“In the development of new approaches to the diagnosis of cancer in the early stages of their development was carried out preliminary tests with the goal of screening for lung cancer in the exhaled air. This used developed one of the projects of the Foundation for hardware-software complex of detection in the air of ultralow concentrations of substances. We have already conducted a number of tests on animals, the results of which showed the prospects of development of the diagnostic complex. Our complex consists of the olfactory analyzer and extensive neural network that allows to carry out quick and accurate analysis”.