Found a way to search for human remains using plants 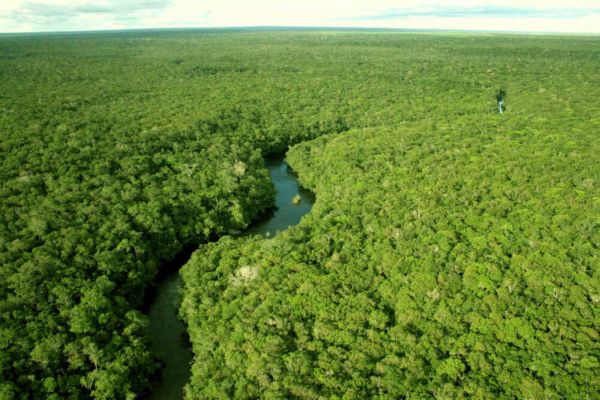 Forests and other vegetation, as a rule, only make it difficult to find the corpses of the dead – both from the air and from the ground. Botanists from the United States have figured out how to help the search teams in this difficult matter.

The research is published in Trends in Plant Science. Walking patrols when searching for the remains of dead people can only be effective if the forest in which the search is carried out is passable and not too large. In all other cases, the process is greatly complicated. And if we talk about such parts of the world as the Amazon forests, then searches there are completely impossible, since these places are mostly impassable and teeming with deadly insects and predators.

Therefore, botanists came up with the idea that plants that interfere with searches today can be made allies in this matter. It is known that a corpse, when decomposed, releases various substances that can be absorbed by plants. This banal knowledge prompted scientists to study the relationship between plants and the decomposition of the human body, which scientists will be doing at the Center for Anthropological Research at the University of Tennessee (USA) in the near future. Scientists will assess how “corpse decay islands”, that is, the area that surrounds the remains, change the concentration of nutrients in the soil and how these changes are manifested in nearby plants.

Botanists believe that the most obvious result of such an “island” will be a large release of nitrogen into the soil, especially in summer, when decomposition is much faster than in winter. According to lead author of the work, University of Tennessee professor Neil Stewart Jr., the presence of such an amount of nitrogen can cause changes in the color and reflectivity of the leaves of trees and shrubs growing nearby.

So, the average American, according to scientists, has about 2.6 kilograms of nitrogen in his body. If we assume that the “island of decomposition” of his corpse is about three square meters, then the amount of nitrogen will be about 50 times higher than the standard rate for shrubs and trees. The technology of remote sensing of plant phenotypes based on unmanned aerial vehicles will help to detect changes in the latter.

But how not to confuse the “decay islands” of human remains with the corpses of other large mammals dying in the forests? For this, scientists intend to find and isolate metabolites that are specific only to humans. Most people who are not representatives of traditional communities and do not have a specific occupation do not eat wild animals, use drugs and all kinds of food preservatives, which, according to researchers, should have an impact on the appearance of plants.

If the botanists have at their disposal data on a specific missing person, then, according to the researchers, it will be possible to isolate metabolites specific to him. For example, the chemical profile of a heavy smoker will differ from that of a non-smoker.

At the same time, experts say, certain elements of the technology are already being used in searches, but scientists still do not know many of the nuances of the interaction of plants with various substances that a human corpse can secrete. It will take several years for these ideas to find their full practical application. Not only botanists, but also anthropologists and soil scientists will work on the research.