Found bacteria that feed on methane 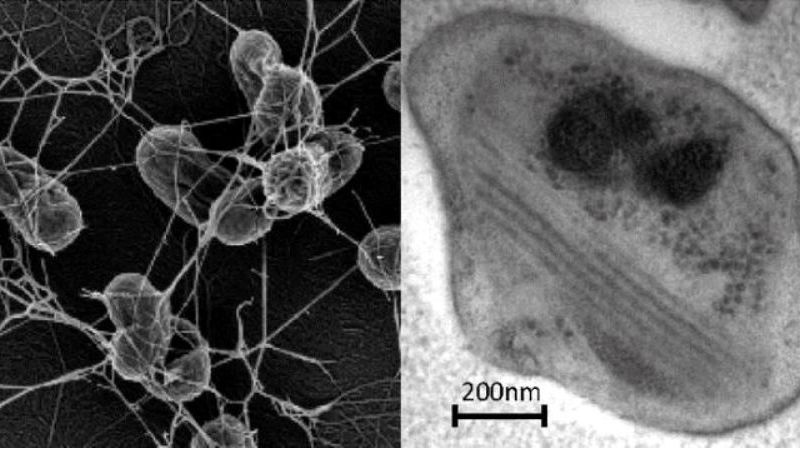 Methane (CH4) is the second most important greenhouse gas after CO2 in the Earth’s atmosphere, but its degree of impact on the increase in average annual temperatures of the Earth is no less serious than the influence of carbon dioxide. The fact is that lingering in the atmosphere for a shorter period than CO2, methane, however, covers the planet with a more dense layer.

Methane is the main component of natural gas, associated petroleum, mine and marsh (from here came the other names of methane – marsh or mine gas). Under anaerobic conditions (in swamps, wetlands, intestines of ruminants), it is formed biogenically as a result of the vital activity of some microorganisms. According to the listed sources of methane, world scientists are actively looking for mechanisms to reduce its release and release into the atmosphere. But what about CH4, which is already in the airspace?

Experts have long known soil microbes that feed on methane. But until now, bacteria growing on atmospheric gas have eluded all the efforts of the scientific world (methane in the atmosphere is found in much lower concentrations than in the soil). A breakthrough happened recently: an international research team with the participation of scientists from the University of Vienna raised a microorganism in a laboratory that can live solely due to air components.

It turned out that this organism, called Methylocapsa gorgona (MG08), “utilizes” 6 atmospheric gases: carbon dioxide, carbon monoxide, hydrogen, nitrogen, oxygen and … methane! A significant point in the study is that scientists have not only discovered such a valuable microbe, but also invented a method for its cultivation in the laboratory, which (as the discoverers of this microorganism hope) will help create similar strains in large quantities. That is, bacteria, eating methane to ensure their livelihoods, can make an invaluable contribution to the fight against global warming.