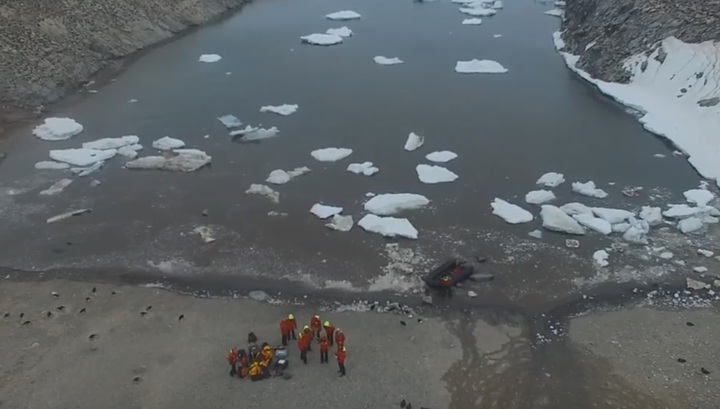 The network contains images made by researchers from the United States, Britain and France during an expedition to the Danger Islands in Antarctica.

The video captures an earlier unknown colony of Adélie penguins, discovered through the study of images taken from space, after analyzing which scientists went to the “guests” to penguins, and after they published an impressive record from the drone.

“Given the information already available on other populations in this region, according to our estimates, 55% of all Adelie penguins of this site live on the Danger Islands,” the scientists say.