Found new cause of deadly infections 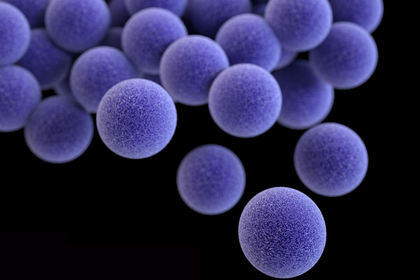 A team of researchers led by scientists from Rutgers University (USA) discovered two genes that contribute to the development of microbial resistance to antibacterial agents containing copper. This is reported in a press release on EurekAlert !.

DNA has been found in several strains of Staphylococcus aureus (Staphyloccocus aureus), which can cause deadly infections in immunocompromised people. It encodes proteins that neutralize copper, which is increasingly used in the fight against bacterial infections that are difficult to treat. Genes are located within transposons — mobile genetic elements that can move and multiply within the genome. Since bacteria are capable of horizontal gene transfer, more and more strains are getting DNA that promotes drug resistance.

Copper has long been used to disinfect wounds and sterilize drinking water, but it was only recently that doctors began to use it for treating medical instruments. The copB and copL genes contribute to the removal of metal from staph cells and prevent its penetration, with the result that copper does not cause any harm to the bacteria. Thus, strains with even greater resistance to disinfection may occur.