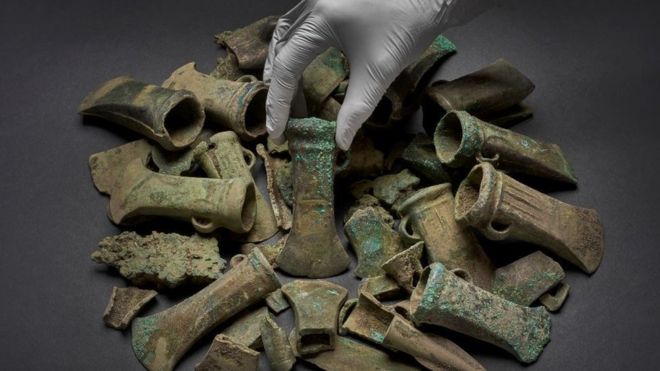 In London, workers at a construction site discovered a Bronze Age treasure consisting of weapons and tools. By the number of artifacts, it is already recognized as one of the largest in the history of Great Britain.

The treasure was discovered by chance. When carrying out land work on the banks of the Thames, workers came across him. Archeologists were called in place.

They excavated and extracted a large number of Bronze Age artifacts from the earth. Currently, 453 ancient objects are being reported, which will be put on display at the Museum of London next year.

This is mainly a weapon manufactured, as the researchers established, between 900 and 800 BC. The find was called the Hevering Treasure. It is worth saying that she puzzled archaeologists. 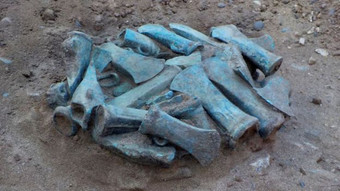 The weapons found in antiquity were neatly assembled into four groups and hidden in four pits located not far from each other. Perhaps it was a forge or a warehouse of weapons. It cannot be ruled out that this was a place in which the tools that were “defective” or “worked out” were buried.

However, the artifacts look usable, although almost all of them are damaged. Scientists have found that these tools could be restored, but for some reason people of the Bronze Age did not.

Therefore, another version became a priority. Scientists believe that the treasure could be a sacrificial offering to the gods. Similar rituals were practiced by the ancient inhabitants of Britain.