Found particles of the cross on which they crucified Jesus 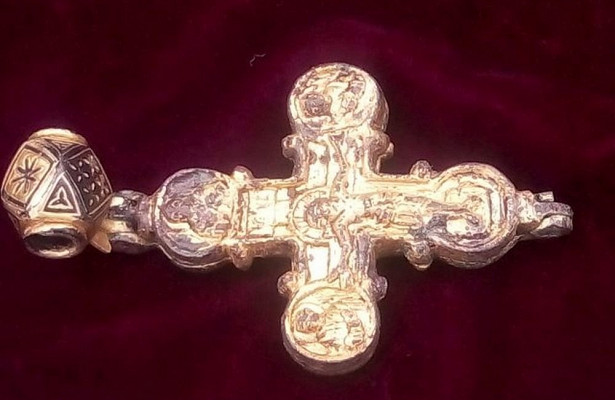 In Bulgaria, archaeologists during excavations in the ancient fortress near the town of Veliko Tarnovo discovered the first of its kind golden crucifix of Christ, dated to the XII century.

According to Archaeology in Bulgaria, the find was made while researching the ruins of a newly discovered medieval church. Archaeologists have discovered the so-called encolpion – a small cruciform ark with the image of Jesus Christ.

Inside usually put particles of a consecrated prosphora or relics of saints. The find is dated XII century. Bulgarian scientists claim that it is the first of its kind. The artifact is made of pure gold.

It was found behind the altar by an archaeological group led by Professor Konstantin Totev. Inside the encolpion were pieces of wood. Scientists believe that they were given off as particles of the Holy Cross, on which Jesus Christ was crucified.

Their authenticity is technically impossible to verify. It is assumed that all the wooden particles used as relics in medieval eastern churches were obtained from pieces of the Holy Cross.

In the Middle Ages, it was customary to keep such relics in churches. The analysis showed that the artifact was made in the period when Bulgaria was still part of Byzantium.

It is noteworthy that the church itself was built only in the XIII century, that is, a century after the manufacture of a unique crucifix.