Found the explanation of the Siberian anomaly 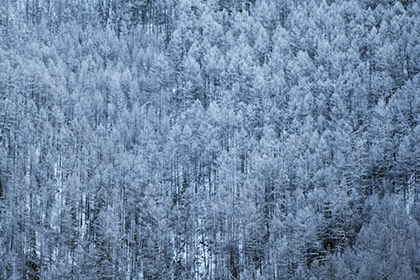 A group of biologists under the leadership of Ulrike Gerzso (Ulrike Herzschuh from the Institute for polar and marine research Alfred Wegener (Germany) explained why the coniferous forests of Siberia have changed little since ice age, although the temperature of the climate since then has increased markedly. It turned out that the main role played by the permafrost. Press release published on the website of the Institute on Thursday, June 23.

Siberian region is the place on Earth that experiences the greatest impact from global warming. In our days the temperature conditions in the taiga zone are such that there needs to grow other types of trees, such as pine and spruce. Nevertheless, these areas still meet the Siberian larch (Larix sibirica).

Scientists have found that the secret of the anomaly lies in glaciation, which ended about ten thousand years ago. It turned out that the intensity of the glacial epoch determines how quickly the vegetation adapts to the warmer climate. Since the last cold was very severe, boreal tree species lag behind warming for many thousands of years.

Biologists have studied the remains of ancient pollen times of the Pliocene and Pleistocene, preserved in sediments of lake Elgygytgyn in Chukotka. The researchers compared them with reconstructed climate parameters warm and cold periods of the time. Statistical analysis revealed a clear picture: vegetation required several thousand years to adapt to climate change due to global warming.

During the last glaciation, permafrost spread to very large areas, pushing trees with long roots in the South, whereas Siberian larch survived under such conditions. Larch forest protects the ice from melting, slowing the process of changing plant communities.

Glaciation or glacial epoch is a relative cold climate, bringing warmer maslenikova. The set of such cycles is the ice age.